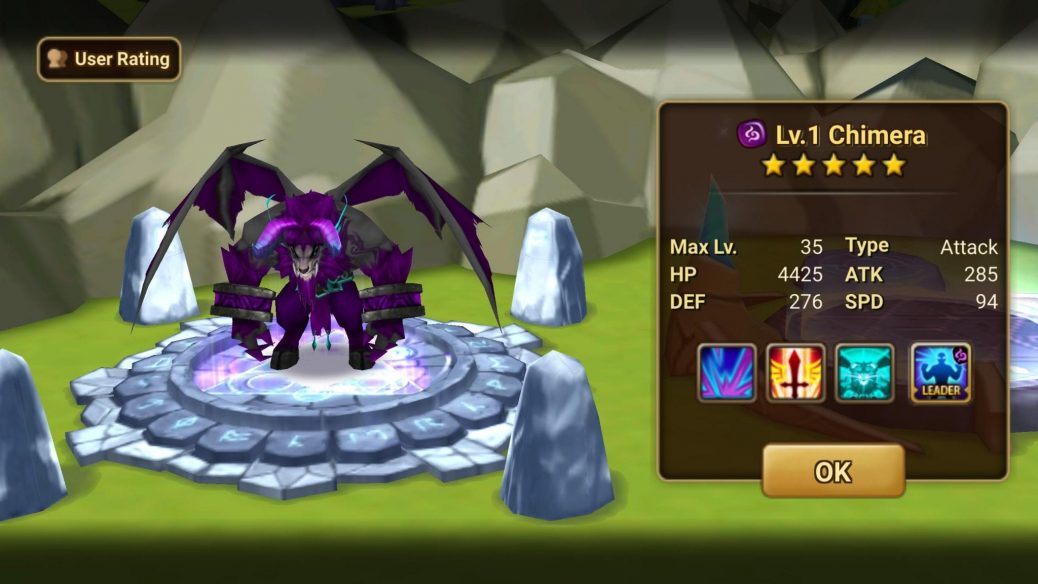 A couple of months ago, we ran a feature on Summoners War first ever online tournament.

At the time, Com2uS was just getting started with its campaign to create an eSports scene for Summoners War – since then, they’ve added the Goodwill Mode (self-hosted tournaments) and spectator mode, along with another mobile off-line competition held in Taiwan.

However, these announcements were met with players’ disbelief, with arguments on how the game was intrinsically unbalanced due to RNG and the difficulty to get Natural 5★ Monsters, resulting in a sub-optimal environment for serious competition.

We are glad to tell you, we ran through all your comments and summarised your questions, then went back to Com2uS to get direct answers.

Let’s clear things up with a second interview with Min Young, SW’s creative director, where he addresses Nat 5★’s, drop rates, and the future of Summoners War in the competitive scene.

Q. In our last interview, you mentioned that you plan to increase the chances of acquiring 5★ Monsters. Could you elaborate on this?

The scarcity of 5★ Monsters is still fundamental in Summoners War, and we don’t intend to change that in the game.

However, I understand how hard it is to get 5★ Monsters, and more 5★ Monsters are being added to the game, so I think we need to keep changing ways to acquire 5★ Monsters.

These changes must be made gradually over time, and that’s how we’ve been operating the game over the past three years.

For example, the method of acquiring Legendary Scrolls has increased by improving and adding more content in the order of Magic Shop -> Guild Shop -> World Boss -> Craft Building. Content, such as Monster Fusion, Ifrit, and Homunculus, is also a way of acquiring 5★ Monsters.

In the beginning, the Legendary Scroll Pieces didn’t exist in the Magic Shop. The Guild Shop and Homunculus are also newly added content. In other words, we can say that the ways to acquire Monsters have also gradually increased along with the addition of such content.

We believe that the goal of balancing is to help users keep having fun without losing a purpose of playing the game rather than making a radical change in the game.

Q. Do you plan to adjust the balancing of the content that’s currently randomised in the future? Many users now think that RNG is more important than the game skills, and such situation prevents the game from becoming an eSport.

We acknowledge that RNGs create unfairness. On the other hand, it’s also true that creating a variable every single turn makes the battle more exciting. The reason why the game makes users scream “Please!” in their mind when they use a skill is that the result is not definite.

They have to think about the next move because the situation is always changing. Despite the unfairness, it should also be acknowledged that the foundation of such excitement in Summoners War comes from these variables.

We believe that the randomness must be adjusted if it makes the game less fun or makes users not to play the game. It’s also a challenging matter for us to keep balancing the game.

Q. Do you have any plans to increase the drop rate of the Runes? Many users believe that an increase in Rune drop rate can be more beneficial than the increase in summoning rate.

Over the last three years, the chances of getting Runes have been steadily increased, and we’ve also increased the chances recently by modifying the game so that only 5★+ Runes are dropped on the 10F of Cairos Dungeon.

Crafting, which is a new way of acquiring Runes, has also been added and we believe that customising the Rune properties has also been enhanced with the addition of Rune Enchantment and Rune Reappraisal Stones.

For this question, I have to give you an answer that’s similar to the one that I gave you earlier regarding the Monster acquisition: our goal is to keep the game fun and balanced, and we have constantly been making slight modifications to the Runes and intend on keep doing so in the future.

Q. Existing users think that recent updates are focused on new users. Would there be any content that might be appealing to both new and existing users in the future?

We think that all updates should be appealing to both new and existing users. Regarding the recent update, the first season of the World Arena currently undergoing is one of the content for high rankers, and at the same time, a guide has also been added to help new users.

Q. There is some confusion as to whether the latest update is in line with the new legislation initiated by China. According to the law, companies must provide users with probability data. Any comment on this?

Of course, we’ll provide proper information according to the law. I agree that there are some parts in the probability data that needs improvement.

Though I can’t give you an exact answer regarding the schedule, we think that it is important to provide a transparent and trustworthy service regardless of the law.

We’re currently trying our best to avoid even the smallest problems by running internal validations and tests on the probability data and by double checking the data table with every update.