Summoners War: Behind the scenes of the mobile eSports world

Home 2017 May Summoners War: Behind the scenes of the mobile eSports world 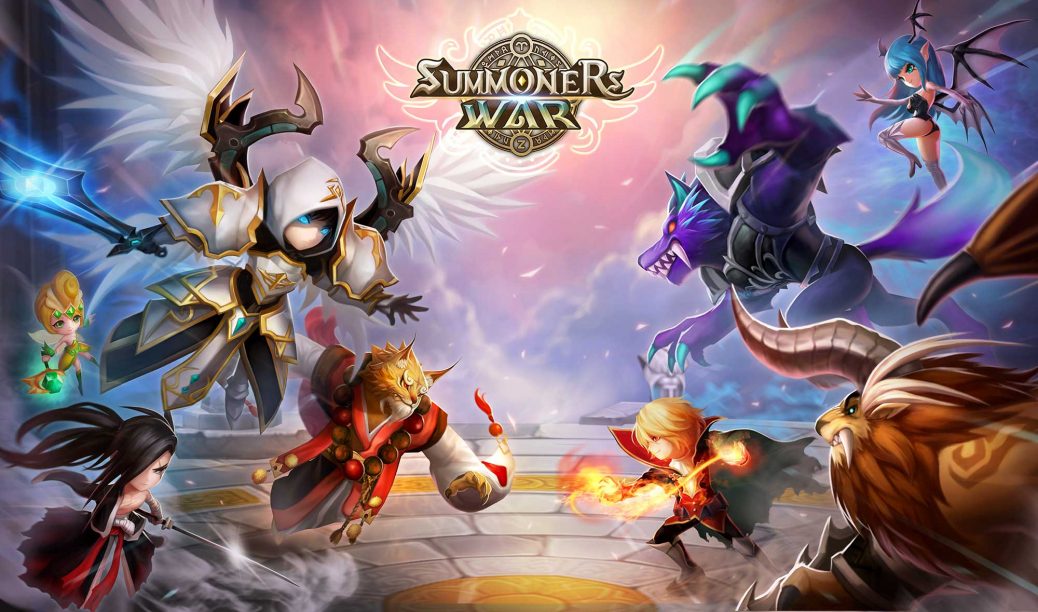 [UPDATE 3] We saw your questions, we asked Com2uS, and we got an answer. Check it out!

[UPDATE 2] Schizophrenic Gamer featured us in a recent video! You should check it out, he made a very thorough analysis of this interview (and sparked quite a heated discussion in the comments). Thanks a lot!

[UPDATE] Thanks for your overwhelming responses! We’ve got some excellent insights in the comments, and we’ve noticed many of you share questions regarding the nature of the future updates featured in this interview.

So, we went ahead and emailed Com2uS to try and get direct responses to your doubts (yes, we asked about Nat 5 drop rates and runes).

According to Newzoo, 42% of you are currently playing a mobile game.

The eSports scene is growing in 2017 to 696 million in revenue thanks to 191 million enthusiasts all around the globe.

Mobile-first gamers will only become more common every year.

And yet, when was the last time you heard about mobile game tournaments?

We have mobile game competitions and organisers (Clash of Clans having quite the traction), but they are still overshadowed by its most popular counterpart. This March, Summoners War (over 50 million players between App Store and Google Play) held its first offline tournament and became a pioneer in what logic says should be an established scene.

We targeted the man behind the spotlight

Looking to get some answers on what’s happening on the eSports mobile world, and what the big companies behind popular games are doing for it, we got some words from Min-Young Jung, director of the game production division at Com2uS, the people behind Summoners War.

First, he gave us his insight on the mobile vs. PC debate. It turns out he isn’t too worried about the competition… or rather, with competing at all:

However, we think that mobile and PC will succeed in their own way in e-sports rather than one replacing the other.”

While Jung is confident about the future of mobile eSports, he thinks it is not quite the same world as PC ones, and that both will coexist without getting on each other’s toes.

What did their research show? We love eSports both ways

How can Jung (and by extension, Com2uS) be so confident about the future of the mobile competitive scene? In part, because he and his team experienced it live at the offline tournament, where they learned a lot from watching players (and are already using the data for the game’s future updates):

“The first thing we learned was, Playing and Spectating the World Arena is very exciting, and we saw a lot of potential regarding it. We are already designing future content with the ideas we got from the offline tournament.

We can’t give off too much detail, but World Arena has just begun.”

World Arena is Summoners War’s PvP mode, and it added the Spectator feature a couple of months back.

Consider Twitch is the only gaming-related site on Alexa’s top 50, and how almost half of all eSport enthusiasts are spectators that don’t play the games themselves, and it’s clear how the viewers are the blood to player’s hearts.

Com2uS also plans to repeat the event this year.

“Several offline tournaments and events are already planned and in progress. We’re willing to experiment with the game rules, tournament size and participants to further develop the tournament experience.”

(Not) Surprisingly, they don’t focus on competing (with PC)

Upcoming events and updates are fine for the current competitors, but what about the hurdles the PC crowd faces to join the mobile world? When it comes to eSports, controls and responsiveness are a make-or-break point.

How do you manage to convince the keyboard and controller-trained folks to try the small touchscreens?

“Summoners War is a perfect fit for the mobile environment, and the accessibility of mobile games has developed to be easy and intuitive enough compared to PC or console games.”

Thanks to the success of titles like Shooter Critical Ops, we know mobile controls can serve eSport-level fast-paced action.

As long as the game is developed with competitive in mind, the results speak for themselves.

Then again, there is another problem with mobile games.

While the constant gameplay updates are commonplace on all platforms nowadays, when you add RPG elements like collectables or mechanics like Levelling Up/Upgrading into the mix (as Summoners War and Clash Royale do), you run the risk of creating an unforgiving environment for newcomers.

And even a world champion becomes a newcomer when switching games.

For Summoners War, we did some research, and common player complaints included how they could not get to speed with veterans for various reasons (most notably, the difficulty of getting 5-star monsters, the strongest ones you can summon).

Mobile games don’t need years on the market before new players find themselves face-front with an uphill battle just to “get in the game”.

So, how do you keep an influx not only of competitors but of players in general?

“Recently, there was a major update including a new guide, and we got some positive feedback from the users. We’ve been balancing the game regularly so that the beginners can get used to the game quickly, and giving more rewards in the beginning and middle of the game.

While we realise it ‘s hard to acquire a 5-star Monster, in RPG games, these hardships are necessary because they make players desire something, and feel happy and achieved when they get it. That’s why we insist on keeping such sentiment.”

You need to keep your focus on evolving

Com2uS is plunging in all this knowledge together to keep Summoners War a top contender in the eSport landscape.

“(Speaking of the offline tournament) We’ve already been collecting an enormous amount of data. We plan to increase the chances of acquiring 5-star Monsters, as well as the number of scrolls dropped, and we’ve recently made some legendary pieces available via Crafting.

We believe many things need to be further developed, including rules, balancing and so on.”

In the end, it’s about making something players enjoy

We’ll close off with Jung’s views on why diversity of platforms is a good thing:

“Personally, I enjoy games of all types, including PC, console and mobile. I also enjoy watching movies, plays, and musicals. I think that all of those are unique experiences, and do not necessarily consider that they are in a competitive relation.

We wish all gamers, not just PC gamers, to enjoy Summoners War. (Laughs)”

We thank Min-Young Jung for this unique chance to see what’s going on behind one of the leading faces of the mobile eSports world.

Do you think mobile will someday dethrone the PC? Or do you share Min-Young Jung’s views on both having a different place in people’s hearts? Let us know in the comments.