“Did I… just derank on a win?”: Why the CS:GO Rankings don’t work like you expect.

Home 2015 September “Did I… just derank on a win?”: Why the CS:GO Rankings don’t work like you expect. 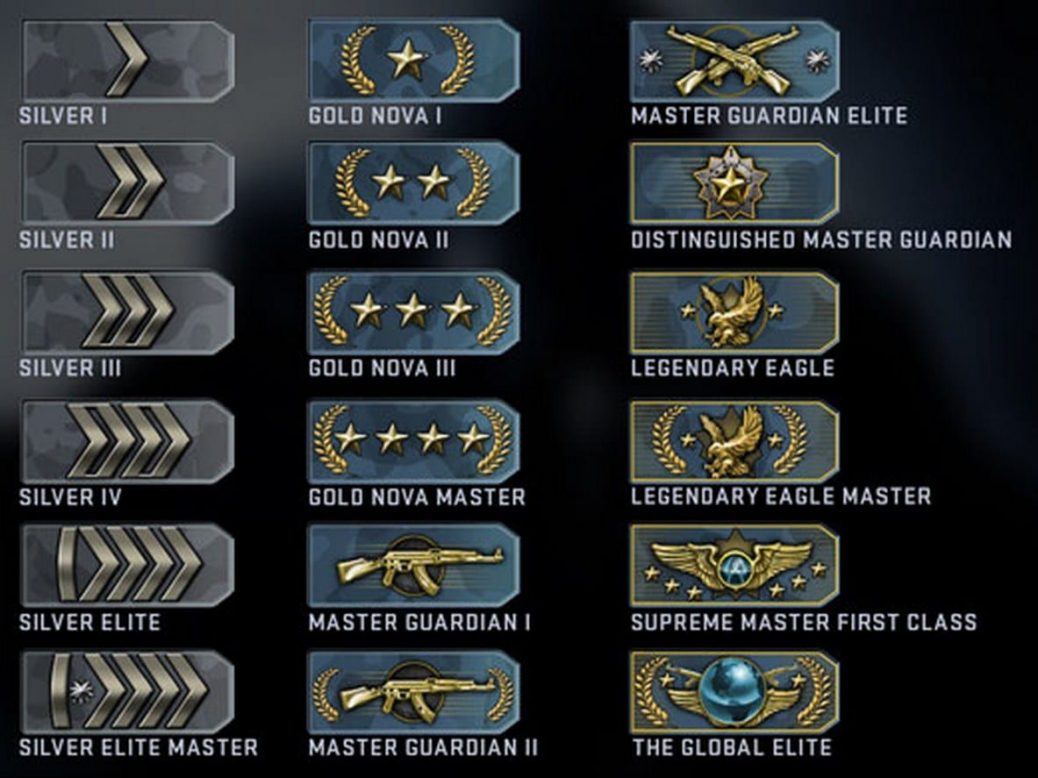 General Tip: Any promise with “finally” in the title is likely NOT the answer you are looking for. This is the case for people “finally explaining” Counter Strike: Global Offense Ranking System — thanks to Valve’s efforts, no one can explain for sure how the system works (and really, that’s a good thing!). However, there are very educated guesses and comprehensive guides out there, which seem to agree in similar things:

Note that there is no mention about kills, defuses, etc. The exact number of points for a given pot or bets is unknown, and these factors only give a clue of how the pot is shared once won.

As you keep playing, you’ll win or lose points slower (compared to when you start playing and jump back and forth through ranks), thus leaving you more and more cemented in your Real Rank (“Silver Hell” anyone?). Going higher gets harder, but you maintain your Rank in unlucky days, so it’s a fair trade-off.

For a team-based game, since inclusion is a key factor, you want the game to be fair and only reward what is considered “correct” teammate behavior (campers don’t get to be MVP…right?). The problem is that it’s not intuitive, and we find players going for long Kill Streaks or Headshots and then wondering why the heck they aren’t capable of ranking up or, god forbid, they are deranking when they just won.

There’s also the problem with people getting carried to high ranks all the time (remember, players with the least starting points get the biggest share if their team wins even if they do nothing, and the higher the rank of everyone else, the bigger the booty for them). Oh, and CS:GO still has to deal with the usual stuff like cheating, boosting, bad behavior, etc.

“Why is it so complicated?”

As smart users have pointed out, solving any tiny issue involves changes at the bigger level, since the system has to take into account many things and can’t fit in a single formula. Try it yourself, what defines a good teammate? Is it something you can quantify?

In solo games like Chess, the plain Elo System (in which CS:GO, LoL and other games based their owns) does the trick — as far as results are concerned, there is little a player should worry about other than winning, so that’s all you need to account for. But enter team members and more complex goals (like defusing bombs in CS:GO, or destroying the enemy’s nexus in League of Legends) and you can no longer win by yourself (well, players can “win” in their terms, like getting the most kills, but likely making their team lose).

These ranking systems have to adapt and change according to the community, game modes, team roles, trends, etc. While this very fact opens up many of the problems mentioned above and more (let’s say the more players in the game, the more effect it has on motivation and sense of responsibility), the social factor it’s a fundamental part of e-sports — it means evolution. It is also what bonds players and watchers alike, and what makes it so that you either start playing because of your friends or stay because of your (sometimes new) friends.

And for your ranking problems… just trust the system is working, and not perfect, but improving at taking people to their real level (or Google the rant threads and read the answers, everyone agrees it comes down to skill). Keep improving yourself; you will get to the rank you deserve soon enough.