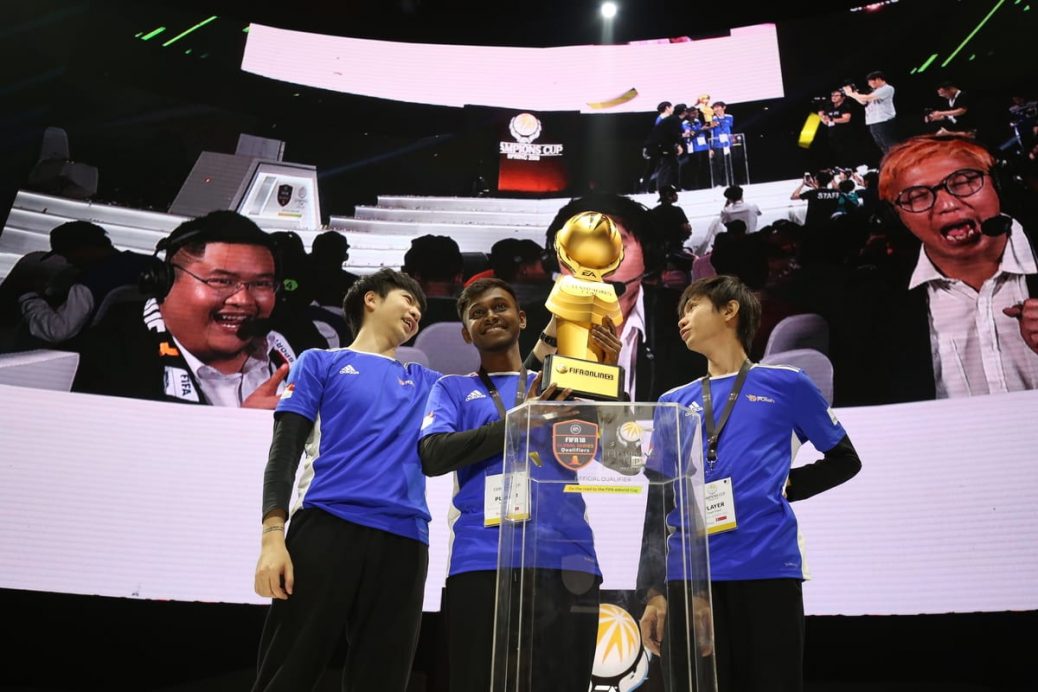 Now that eSports are the name of the game, countries all over the world are getting serious by sending teams off-shores. Singapore’s gamers have earned the spotlight over the last years, and now Team Flash has made their home country proud again by winning on the international stage at the FIFA EA Champions Cup (EACC).

The skills of Team Flash, composed of Joseph Yeo, Fernando Amraan and Li Si Jun, are well known in the tournament scene. Li, who is originally from China, was crowned as China’s FIFA player of the year back in 2017.

Joseph and Fernando, on the other hand, participated in the 2016 contingent as Singapore’s representatives, where they won third place at FIFA Online 3: EA Champions Cup Winter. The rest of the team are no slouches tho, and they are taking care of games like Hearthstone and DOTA 2.

This year these three members of Team Flash outdid themselves by placing in first place for FIFA at the EA Champions Cup (EACC) of Spring 2018.

And it wasn’t a small event. Taking place in Bangkok, Team Flash had to go up against teams from Vietnam, South Korea, Indonesia, Malaysia and China. Not only did they tally up and took home the USD 108.000 bounty (about SGD 141,400), but with their victory, they earned a spot at the FIFA eWorld Cup, taking place in June 2018.

Of course, Team Flash isn’t the only Singaporean team putting the island on the competitive map. Since Team Scythe victory at the International DOTA 2 tournament back in 2011, Singapore has seen a surge in professional gamers.

And we haven’t even touched on Overwatch or the giant that is League of Legends.

Overall, we are proud of Team Flash’s victory as another testament of Singapore’s pro-gaming future, and can’t wait to see how this field shapes up for the young, budding competitors that are still at the other side of the screen right now, taking inspiration from these teams.

Until then, may we keep striving for the gold!