Speedrunning: A different way of gaming 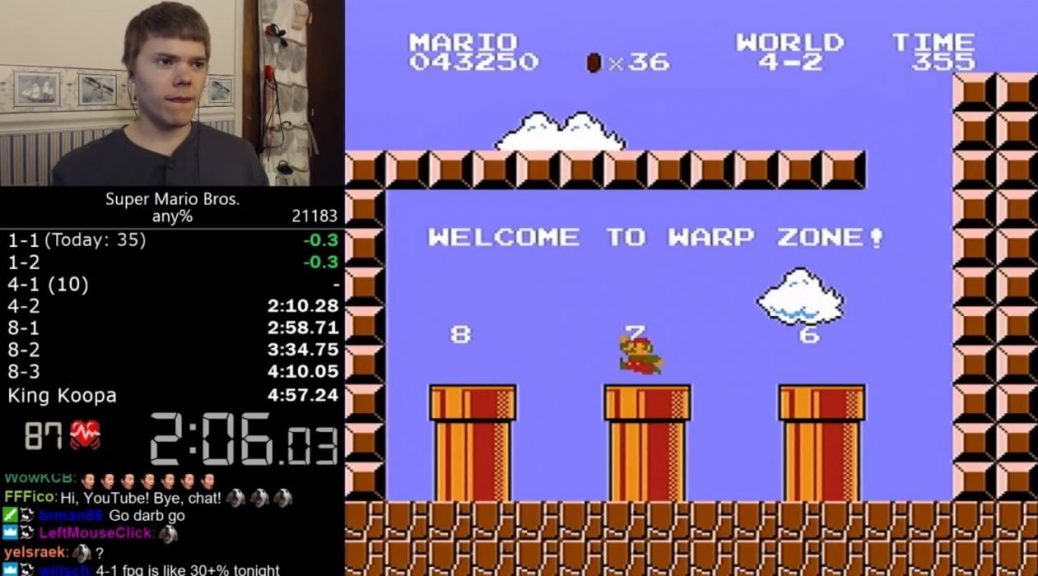 Playing video games is a different experience for each one of us, as each person has a unique meaning of fun.

Maybe it’s clearing all the side quests, exploring all rooms, or just casually playing through without minding much about grinding or competitions. Others just try to beat games as fast as possible, but we don’t mean just “get this done” fast, but mind-bending, world-record-breaking speed. This is the quest of speedrunners.

Speedrunning has been around for a while, but its popularity has risen recently because of Runners streaming their gameplay on Twitch or uploading their feats to YouTube.

Plus, events are being held multiple times a year gathering gamers from all around the world and raising funds for charity. Many games are streamed simultaneously in a real-life arena and via Twitch.

Finding Speedruns for any game is relatively easy, plenty of them are on YouTube, and there’s a dedicated website for global leaderboards. Runners go for any game, from the weirdest and least popular to the latest AAA release.

Most players need to put many hours into practice, playing segments of a game multiple times a day so that they can execute inputs as precisely and quickly as possible, thus decreasing their overall time.

For newcomers, getting into Speedrunning can be daunting, but there are many Speedrunning guides online (mostly by other runners). However, the magic’s all in the fingers, and Speedrunning requires perfectly-timed and consistently precise inputs (and sometimes just plain luck).

Speedruns are split into different categories for every game. Each one has its own rules, and guidelines runners have to follow so that their run (gameplay of the actual Speedrun) is considered valid in the first place. The most common categories are:

Usually the quickest, the primary goal in this category is reaching the end credits of the game as fast as possible. Many glitches and exploits are used to take shortcuts, reducing game time significantly.

Just like the previous one, this category also ignores game content and is based on trying to reach the end of the game in the least amount of time possible. However, anything considered a glitch is banned from use (heated debates can ensue defining what a glitch is, tho).

Here’s the real ordeal. Runners have to make sure to complete and play through every piece of content in the game before reaching the credits. 100% Runs usually last at least over an hour and require a huge amount of optimisation as the player can take many routes. Just like the Any% category, this one also has a glitchless counterpart.

Trying to Speedrun a game you really like can make you enjoy it in a whole different way you may not have considered before. Maybe you could claim the World Record in a category for your favourite game and become well-recognised among runners around the world!