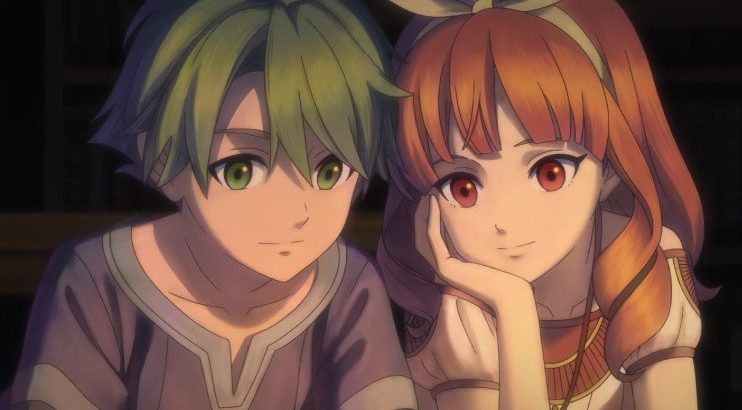 The latest Nintendo Direct was Fire Emblem-exclusive, and we got to see a total of four games, covering all of Nintendo’s current fronts:

For the 3DS, we get Fire Emblem Echoes, a remake plus of the fan beloved Fire Emblem Gaiden. The trailer tells the story of the sibling gods Duma and Mila, whose dispute over how a kingdom ought to be ruled ended in their division of the whole continent in half, with each side promising to never lay foot on the other for all eternity.

But time saw kingdoms boom on each side, and proved their philosophies wrong: now the iron-clad, war-seeking people of Rigelia, and the pleasure-driven Zofians are on the verge of a continent-wide war in their search for power over the other half.

Fire Emblem Echoes follows Alm and Celica, whose fates, we can assume, are about to mirror that of the gods. Both already got their own Amiibos because hey, you can never have them too soon.

The game launches May 20th worldwide.

For the Nintendo Switch exclusive, we’ll get the next Fire Emblem main game…. And that’s it! It’s codenamed “Fire Emblem for Switch” while we get any more info, but it’s still good to know they’ll come back to tabletop after taking a hiatus with the WiiU.

Now, the one we were waiting for since the Switch direct, Fire Emblem Warriors, was after all another game in the “Warriors” series started with Zelda in Hyrule Warriors. The trailer barely tease us with some Chrom gameplay, so for now, we can only speculate by looking at Hyrule Warrios.

The game was the center of the presentation and we say a fair bit of gameplay, who looks pretty similar to what we get in all fire emblems bar the new “Summoning” mechanic (which replaces the usual story-driven recruiting here), where you spend different colored orbs in rituals to summon random Fire Emblem spirits/characters to be kept as allies in battle, and you can “collect” different versions of each character (denoted by how many “stars” they have), looking for the strongest ones.

The game combines a chibi-like atmosphere for the gameplay with hand-drawn character portraits, a smaller “vision field”, and cameos from characters all over the franchise. It’s releasing February 2017 on Android and iOS.

All in all, this Direct showed an interesting approach to game launches: one for 3DS, one for Switch, one dual console and one mobile. We honestly hope they keep this trend for an upcoming, say, Pokémon Direct.