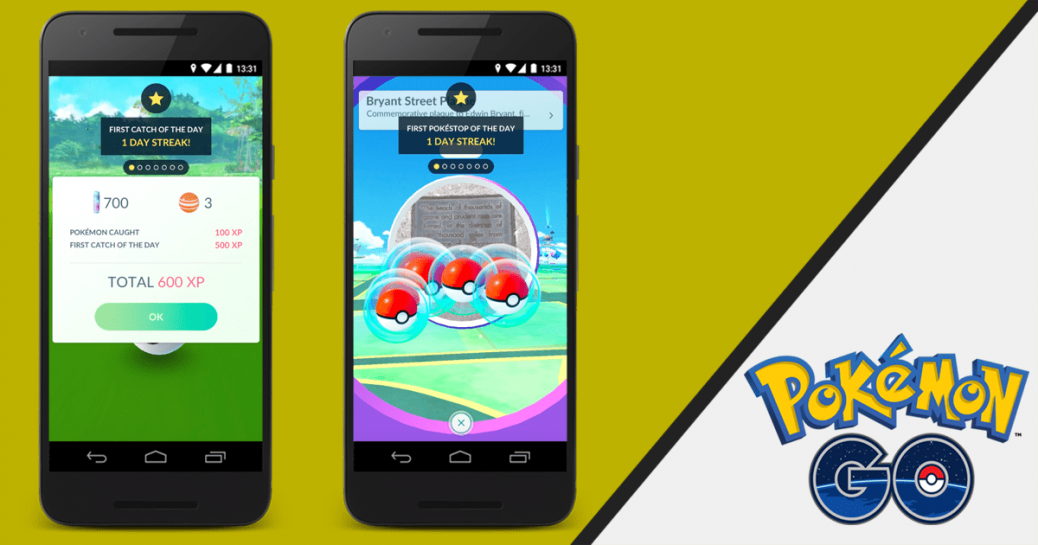 An upcoming Pokémon Go update will bring daily tasks for Trainers to complete, like catching a Pokémon or visiting a PokéStop, in order to win XP, Stardust and extra items.

Now, the first time each day you catch one Pokémon, it will yield 500 extra XP and 600 Stardust, while visiting a PokéStop and spinning its respective disk will win you 500 XP and some items. Considering catching one Pokémon normally gets you 100 XP, this is a pretty nice deal.

However, even bigger rewards await for the loyal players who keep up with their tasks for seven days straight. At the seventh day, rewards become 2,000 XP and 2,400 Stardust for catching one Pokémon, and 2,000 XP with a larger number of items for visiting and spinning a PokéStop.

This update has no release date as of yet, developer Niantic only assured us that it’s coming “soon”.

So far, Pokémon Go’s only limited-time event has been the recent Halloween one, where players enjoyed increased showing rates of rare “spooky” Pokémon like Gengar and Hypno; yet it was interesting enough to players to get the game back on top of iOS and Android app store charts.

Despite its decreased popularity, Trainers do show interest in keeping the game alive, and while one could argue “daily rewards” are the most common (read: cheap) way game developers use to keep players “engaged”, at least it gives some replay-value, one of the weakest aspects of the game once your friends no longer play it.