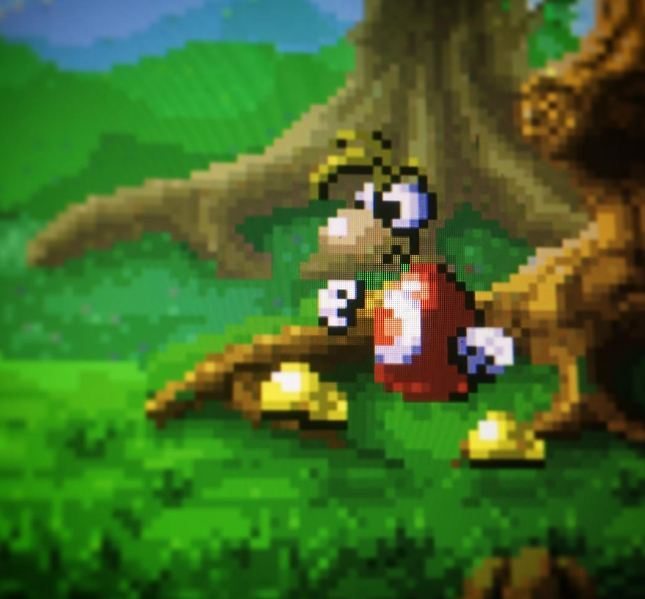 “Time to wake it up!” were his words, as he inserted an almost trashed cartridge into his SNES.

“We thought it was lost , but somewhere in the cold electronic circuit , something was still alive. And running at full 60fps !!!”.

Ancel followed with a picture that, according to him, only 4 people had seen previously: the ROM running, with 2 playable characters in a world full of pipes and fungi.

The finding of this lost relic came as a sweet surprise, after a post earlier this week popped up on his Instagram, with a full resolution image of what the canceled game had looked like.

He seemed pretty sure the game was lost forever: “All these pixels are lost , like tears in the rain …”.

Previously, the only information we had about the SNES Rayman came form a Rayman History synopsis on Pix’N’Love french magazine (courtesy of Unseen64), where we learned the original story was a about Jimmy, an eleven-years-old in a virtual world, the co-op support, and that the game met it’s fate after a hiatus to adapt it to the PlayStation didn’t go anywhere.

Ancel jokingly teased he “should bring this game to the Nintendo Switch”. He’s probably very busy working in Beyond Good and Evil 2 to think about Rayman, but he does prove having no qualms about resurrecting things.