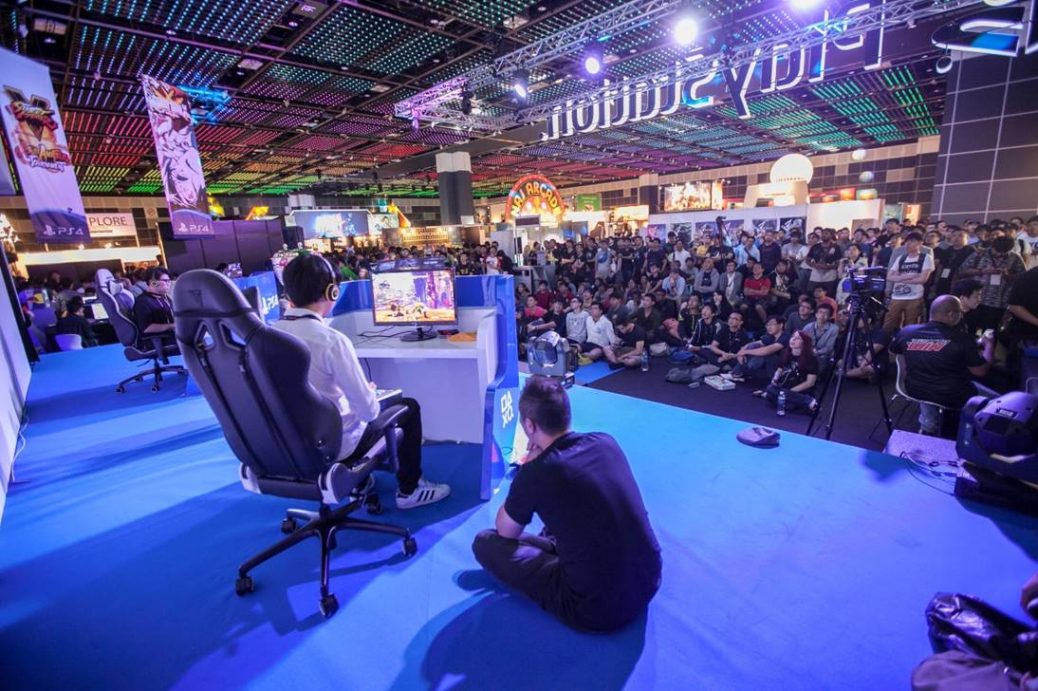 GameStart 2016 took place this October 7th, 8th and 9th, and it brought companies, professional players, cosplayers, and over 20,000 attendants from all over Southeast Asia.

During the three days, people from all the region queued up to test the latest games, play with custom made arcades, win all kinds of gaming prizes (from gear like mouses and headphones to chairs and shirts), and take part in the multiple competitions.

While GameStart saw contests small and big, ranging from office chair races to Cosplay parades, and even a convention-wide RPG-like quest, two big gaming leagues stood out: the Southeast Asia Major (SEAM), the region’s biggest fighting game league; and the Overwatch Champions, where the top national teams faced off for a USD5,000 prize.

SEAM’s stakes were the highest of the whole convention, as players were fighting not only for the crown, but for a seat in the upcoming international events.

Overwatch Champions, on the other hand, served as the arena for teams all over Singapore to face off, and after it’s third year competing, we spoke with Eugene Tay (aka “qu|kZ”), leader of team No Use Talking (aka NUT) to get an insight about Singapore’s growing competitive gaming scene.

“GameStart has always shown its support for the eSports community with hosting staple events every year, such as the Capcom Cup, but are even branching out to include more games (such as Rainbow 6 and Overwatch) which benefits the growing eSports industry,” he said.

He mentioned how the Singaporean competitive scene has begun to mature, with local teams achieving international recognition, giving the example of Singapore being one of the three teams representing the Southeast Asia region in the upcoming Overwatch World Cup.

Even then, big conventions like GameStart, while providing the grounds for fierce competitions of international relevance, are only the start.

As fast as the eSports scene is growing, we are still far from the point where videogame players get as much recognition as regular sport players, and Eugene commented how an overall lack of support, which morphs into a lack of time and increasing social pressure, are the reasons Singapore lacks some international presence.

He added, “The talent is there, but our local pros can’t do it alone, and that goes for indie developers too.”

GameStart held the Indie Game Awards, where Singaporean indie studios exhibited their creations for a chance to take off in the upcoming Taipei Game Show. “Another Indie” (from China) and “Gattai Games” (from Singapore) were the Visitor’s and Judge’s choice respectively, and they are now on their way to possible stardom!

The Doujin Marketplace, another of GameStart’s events, also painted the convention of indie talent, with a total of 25 artists selling their prints and crafts.

All in all, Gamestart served not only as a platform for showing off big games and consoles, but as a ladder for all of Singapore’s gaming culture.