ADios: Explore a world without goodbyes 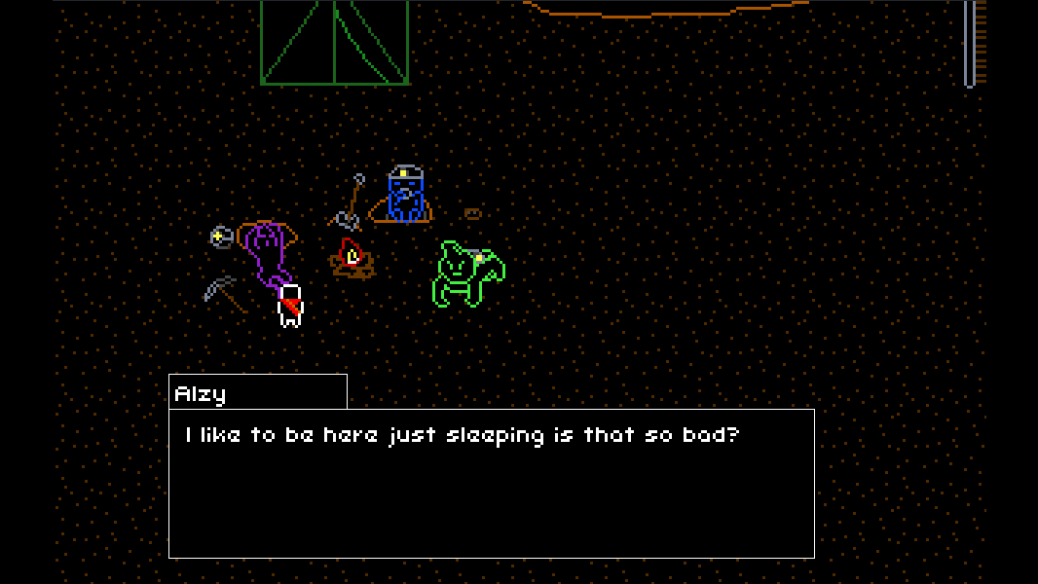 ADios is an RPG where you fight monsters, while they fight their own immortality.

For whatever reasons, death is no longer a concern in this world, and its inhabitants grow bored, depressed and aimless. While some look for ways to end their run, others look for meaning, but most just ponder about their fate in their own laziness.

You must travel all over the world looking for any item or person that can aid you in recovering your lost memories. Why? Maybe then you’ll know what to do with the time you got.

ADios plays like classic turn-based RPGs, where the battle screen is divided and you shoot your enemies form afar while dodging their attacks in real time (even though monster battles seems out of place since they can’t really die).

The real gameplay is about meeting different people, exploring their outlook on life, and either improving or messing up their lives with your own decisions. Carried with the burden (or blessing, to some) of immortality, people of this world have turned to cults, mine work, or anything else to keep themselves busy for the longest time possible.

ADios isn’t looking to be a pretentious, depressing work though; your conversations do have a spark of humor (if cynic sometimes), and given enough time, people find the most bizarre things to latch to (eg: a cult adoring a meteor impact that could maybe kill everyone on the planet, please?).

Maldo19, the game’s sole developer, is going for a very specific theme with the MS Paint graphics and self-made soundtrack. You can feel some Earthbound vibes, specially in the music.

ADios is currently Steam Greenlit. It’s still in the beta stages, and Maldo seems to be working to better the graphics as per player’s request (while doing his best to maintain the super simplistic feel).