Lost Soul Aside: Making A (Great) FF + Ninja Gaiden… Himself! 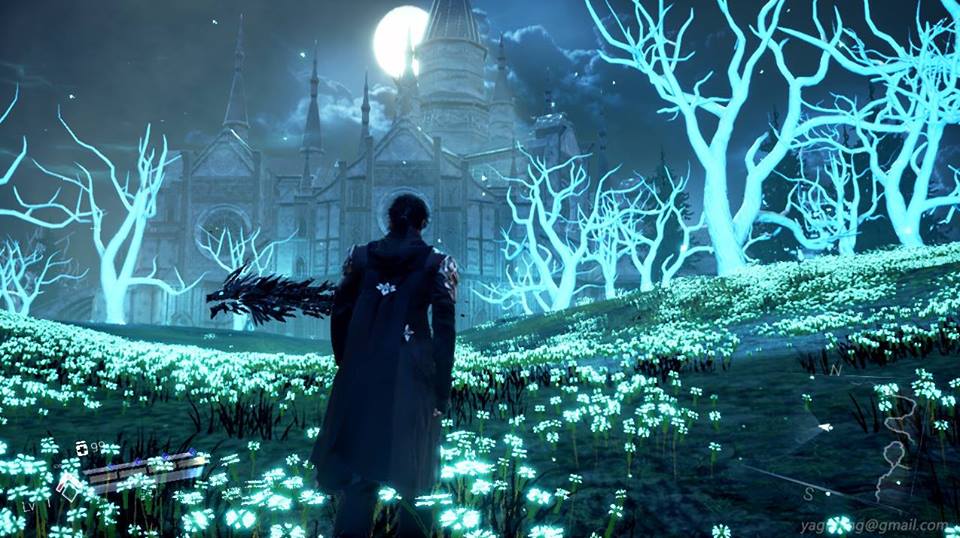 If you haven’t watched the trailer up there I urge you to. It’s breathtaking.

Yang Bing is no big name in the industry. We also know, thanks to his Facebook page, he isn’t a front for an experienced developer. Yet, during the past week, he has been casually throwing screenshots, gifs and now a trailer of what could easily pass as a new Square Enix game.

“Appearing” on the Unreal Engine forums a week ago, Lost Sould Aside‘s description reads “an action game with fantasy art style”, which translates to an Final Fantasy-like atmosphere and feeling with an action gameplay emulating Ninja Gaiden.

The trailer shows a very fast, sharp battle style, where you teleport across the screen to deal lighting-fast blows and juggle enemies for finishing combos.

Aside from the battles and backgrounds, Yang Bing has given scarce information about the game. He does give a snippet of the story:

“Ten years ago, there was a war between two kingdoms,the war ended but several years later the unknown monsters kept to come out and kill people.

Kazer was the Captain of the Knights templar, he rarely have smile on his face again since the accident of his family,and the nightmare of that day keeps come to him…

Until he was accidentally got combined with one of the monster, and the monster tell him his name is Arena.”

Not… the most original concept ever, the soldier with a tragic past.

From the trailer we also get to see Arena (a Dragon made up of shadows which serves as animal companion, weapon, and wings), and the fact Kazer, our protagonist, has to face off against old friends of his (that apparently share his powers).

So, the story doesn’t look like the next big thing for now, but this cold easily change in the future: Bing has received a lot of positive feedback from his now fans, which seems eager to support a Kickstarter and urge him to form a dev team, some even offering their abilities to aid him.

He keeps cool about it, saying “I’m not refusing you guys, I just have to make a viable plan before I turn to your help”. Regarding crowdfunding, he also states in his Twitter that he has zero marketing experience and won’t ask for people’s money until he’s 100% sure he can finish the game.

About how he managed to create this behemoth, he just replies he used the marketplace assets and hired a single voice actor for the trailer; everything else is his hard work.

The sad news? He’s apparently very tired of the development process (and for good reason), revealing his original plans involved finding a full-time job and relegating this as his sideline project, that he would advance surely but slowly… as in, 10+ years slowly.

“My plan should disappoint you but by that way i can be less stressful,It’s kind of selfish but just as Kazer said in the end scene,it’s just for saving myself. I really haven’t expected there are so many people like it which makes me hesitate to do as I planned. Actually a bit stressful right now.

This may disappoint you but I can’t tell a lie that the game will come out in another 2 years.”

Right now Lost Soul Aside could go either way, though, as he’s not deaf to his fans suggestions:

“Maybe there will be some opportunity in the future allowing me to finish it within a team or in full time. But right now I’m tired and want a rest.”

We really hope he recovers his energy and comes back with a vengeance, you can really tell how personally he takes this game (reminds me of Dwarf Fortress, another ambitious lifelong pet project). Whatever the case, his actual work is a real inspiration to indie devs, lone wolves, and Unreal Engine 4 enthusiasts.