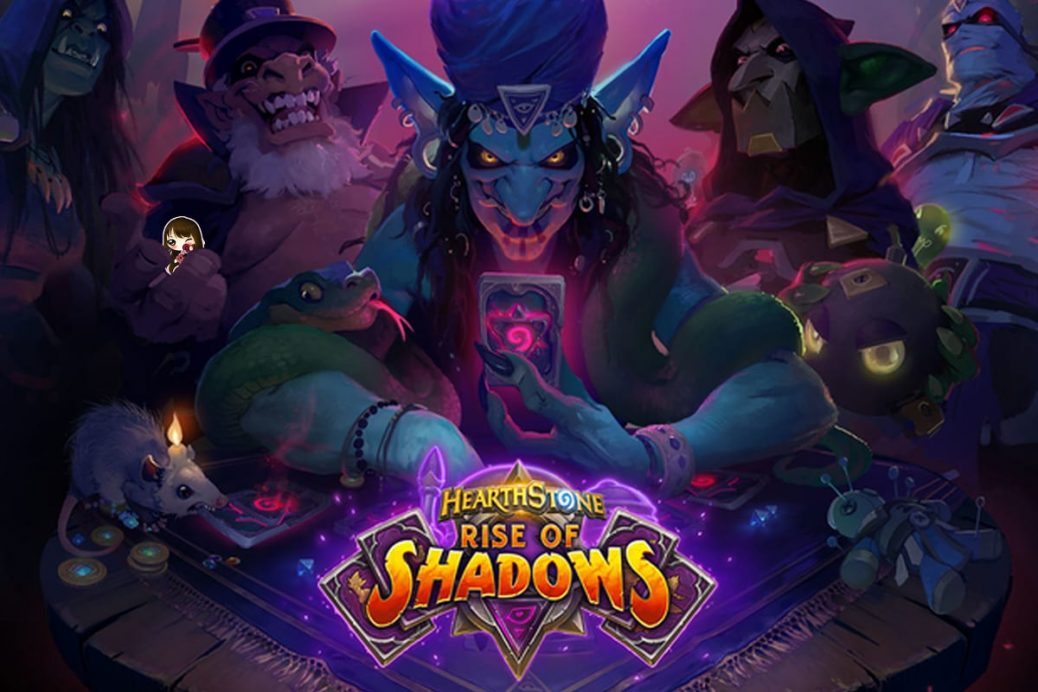 Last week we talked about how Hearthstone’s metagame has been changing a lot in recent months and how it has developed since the launch of Rise of Shadows.

We also covered how Tempo Rogue has been dominating the ladder for a long time and how it planned to stay up until the changes were announced. Tempo Rogue is being nerfed back to where it should be as the cost for Raiding Party was increased from three to four mana. Not to mention the changes done to Preparation, which now only decreases the cost of the next spell played by two instead of three mana.

These changes are more than enough to slow Tempo Rogue down enough so that other decks can catch up. This is healthy for the game as it adds more variance to the ranked ladder and allows the game to take a deep breath of fresh air and not feel as frustrating and repetitive.

Anyways, having mentioned this, let’s move on to the other decks that are relevant right now in the Rise of Shadows metagame.

Warrior decks have become quite popular ever since the new expansion. This happened because most of the cards that were played in the Control Warrior recipe were already from both classic and recent sets that didn’t rotate out of Standard in the Year of the Dragon rotation.

However, some players decided to make use of the bomb mechanic that was released for Warrior in Rise of Shadows. This allows players to put cards in their opponent’s decks that, when drawn, deal five damage to their hero and makes them draw an extra card.

This combined with great control and mid-range tools we’ve been familiar with for a while has given room to a very competitive deck that’s able to withstand almost every other deck in the meta right now, and this is the reason why it sits so far up in the Tier ladder.

Bomb Warrior makes use of cards like Clockwork Goblin and Wrenchcalibur to shuffle as many bombs as possible into the opponent decks, making room for an explosive (and hopefully quick) end. It also abuses Blastmaster Boom alongside Dr Boom Mad Genius to do as much damage as possible to the whole board and the enemy hero.

Here’s a deck code for a Bomb Warrior deck: AAECAQcGS5AHoIADm5QDkvgChp0DDLP8AoP7AqIEnfACm/MC9PUCl5QD/wfR9QKSnwOalAOe+wIA

And so we’re lead into Control Warrior, the old-fashioned Witchwood+Boomsday Control Warrior we all know and love. Abusing control cards like Shield Slam, Brawl, Execute and Warpath to maintain the board as minion-free as possible to eventually grind the game to a win.

It attempts to make the opponent’s deck run out of fuel before it does while ramping up as much as possible, comfortably sliding into the fatigue game, giving the deck an automatic win against decks that don’t play as well in Fatigue.

Most Warrior decks were using a new legendary minion released in Rise of Shadows: Archivist Elysiana, an eight-mana minion that makes the player Discover 5 cards and replaces their deck for two copies of each card selected.

This gives Control Warrior an extra ten cards to play the game with, avoiding fatigue as much as possible. In addition to this, some players also play Baleful Banker to target Archivist Elysiana so they can play her once more in the upcoming turns, gaining an extra ten cards which most likely will be enough to out-fatigue most decks in the meta.

Here’s a deck code for a Control Warrior deck: AAECAQcGnfACp/cCkAeggAOS+AKGnQMMs/wCg/sCogSRBpvzAvT1AvsM/wfR9QKSnwNLnvsCAA==

And this concludes our metagame analysis of Rise of Shadows. As you can see, it’s been dominated by Warrior and both Control Warrior and Bomb Warrior have become the deck to beat. We’d love to see how the metagame will continue to develop as the expansion advances!