Home 2019 March Metro Exodus: Welcome back to the tunnels 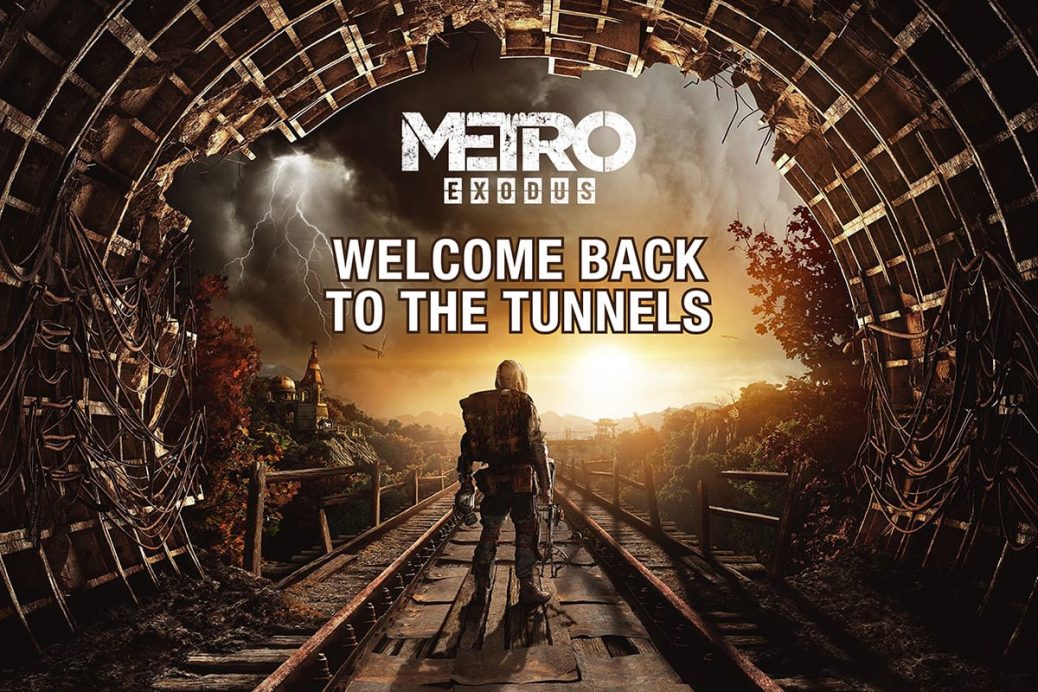 Some of the best games that are being developed lately are survival horror games, the latest advances in graphics, sound, physics and game mechanics add a touch of realism that keeps making them scarier and more stressful, the exact 2 things you look for when you play this genre, and the Metro saga knows how to inject some despair and horrible situations in your gaming experience.

Metro Exodus follows the events of Metro 2033 and Last Light using as cannon endings the “bad ending” from 2033 and the “good ending” from Last Light, so Artyom is alive, and you will play like him. The game doesn’t betray the memory and style of its predecessors, it is another Metro game but has a bit of a different playstyle turning in to a semi-open world game similar but not equal to The Evil Within 2’s manner.

Now, what is the argument that Metro brings us this time? Well, Artyom, his wife and a Band will be moving on a train hoping to find other people or something out there. The story will be told in various seasons, so you will be able to enjoy the game in many kinds of environments each of them bringing different types of enemies and findings.

As we said before, this is another Metro game, so even though there’s more exploration outside the metros in open areas, there is the traditional metro experience of being in closed places with scripted moments same as in the previous releases with monsters jumping over Artyom, spooky situations, fighting humans and dark hallways that will make you remember that the stressful and fear factors will always be there for you.

This time, 4A Games excelled at making the game feel incredibly immersive, from dirt giving a higher possibility of making your guns jam to having to change the filter of your gas mask manually. There will be weapon modding; the mini-map will be similar to Far Cry 2’s, you will carry a portable workbench on your backpack and the resources will have to be managed with extreme caution.

When exploring the ruins of Moscow, we will find random encounters, a great variety of enemies, random loots, and so on. There’s not like a purpose of the open world aspect; it’s just to add some more playability and making the experience more interesting, a thing which it accomplished.

In the cosmetic aspects, the audio is excellent, the sound of bullets environmental sounds, monsters roars, add great immersion and a sweet touch to the game.

The graphics, when talking about textures and models don’t differ too much from the previous releases, still though they are slightly better, but the illumination got an amazing enhancement with the addition of the ray tracing which makes the environment beautiful and realistic.

Overall this is a new and genuine Metro game, that when compared to the previous releases gets better things, more immersion, open world and more enemies. Metro Exodus is another masterpiece of the series that’s worth trying.