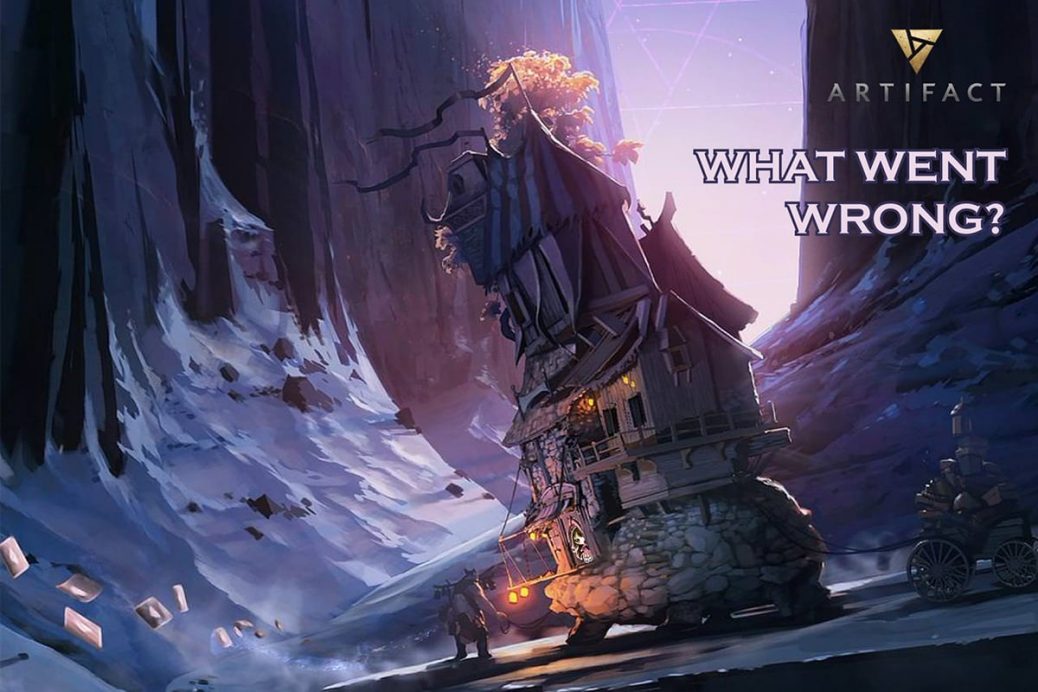 F2P Card Games have been quite popular ever since Hearthstone was released. Many different companies tried gave card games a try (there’s even a Star Trek CCG!) some being successful and other not so much.

However, it wasn’t until 2017 that Valve decided to give card games a try and announced Artifact: The DotA Card Game; the disappointment in the crowd was immediately known as many attendees to the Dota 2 annual tournament received the announcement with an “Aww” in unison.

Launched on November 28th, 2018, Artifact is a CCG (Collectible Card Game) unique in terms of gameplay. It features everything you’d expect in a card game and a little more. Some of its features are quite exciting, but the one that stands out the most for us is being able to use Steam’s Marketplace feature to buy and sell cards.

Artifact had a lot of traction going on nearing its launch date with many Hearthstone pro players expecting the game. Everyone, albeit jokingly, thought this was the “end of Hearthstone” as everyone suspected a lot of attention would be redirected towards Artifact instead.

Hearthstone wasn’t the only CCG who had its playerbase concerned about Artifact’s release, MTG Arena’s community was also dreading that Artifact would become the next CCG giant and absorb all the attention.

Then the day finally arrived, Artifact was launched, and to everyone’s surprise, the game had a $20 entry fee, but that didn’t stop players from giving it a try. Some were excited about its unique mechanics, but most were disappointed.

The game itself involves too much RNG, to the point where making “good plays” depends solely on what the system decides to do, even at the start of every game.

Using this RNG issue as a starting point, Artifact falls quite behind in quality when compared to other CCGs as in those games you can think about the play you want to make and then make it, having complete control over what your cards are going to do.

Another issue that sets Artifact further behind is that players have to pay an entry fee; other CCGs are Free to Play, and the only point where payment comes into the picture is when you want to increase your card collection, which you can do by spending in-game currency or by paying them with real money.

All these (and some other) issues have brought Artifact to where it is today, 99% of the player base has moved on from the game already and there seems to be no hope for the future.

Another related event that happened regarding Artifact is that the design team for the game was recently significantly downsized to a crew that’s “just enough” to keep the game going.

Additionally, an Artifact “One Million Dollar Tournament” was officially announced by Gabe Newell himself not once but twice, but we believe this will be laid off unless there’s a massive change in the game and the numbers start rising.

We love CCGs, but it’s painful to see how some companies try to hop on the “Money Making Trend” train and do it wrong. Valve has many franchises that have been expecting a third installment for over ten years, and no attention seems to be given to them.