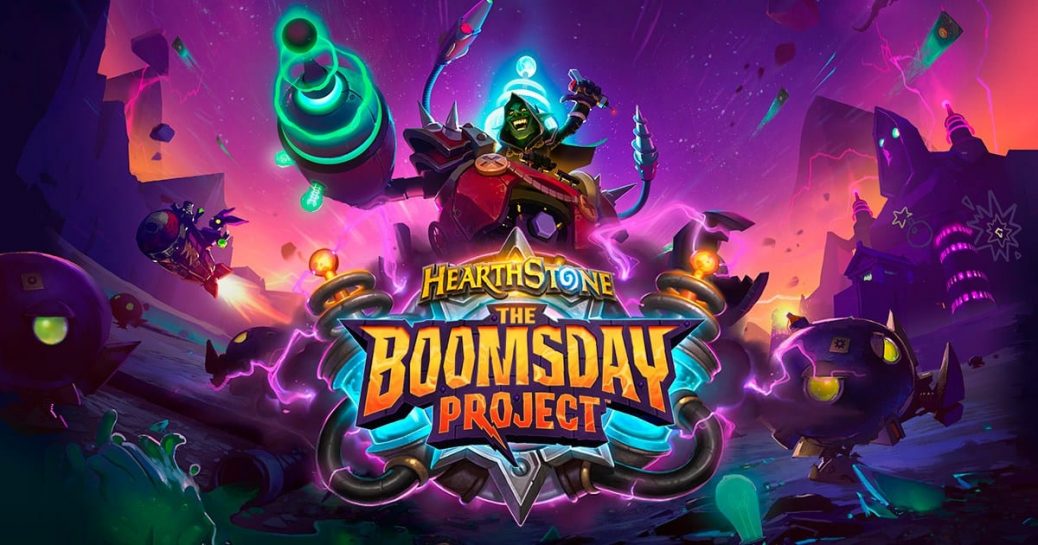 After being considered irrelevant for a while, Zoolock completely dominated the Boomsday meta with a massive amount of players running the deck. This deck is everywhere around the ladder and with good reason; we believe it’s one of the most effective aggro decks in the expansion (maybe contesting the #1 spot with Odd Rogue) mainly because it’s able to abuse Life Tap to draw every single turn, so it hardly ever runs out of steam.

The card that made this archetype viable in this expansion was The Soularium. A one-mana legendary spell that makes you draw three cards and discard them at the end of your turn. This card was insanely good for Zoolock since it gave the players resources they didn’t have by only spending one mana, basically every aggro deck’s wet dream.

One little twist that is worth mentioning is the healing aspect of this deck. Cards like Voodoo Doctor and Fungal Enchanter are being used to not only heal your hero or your minions but also to trigger Happy Ghoul’s condition, allowing you to play a zero-mana 3/3.

There’s no doubting how overwhelmingly strong Druid was in this expansion. This class consistently had three decks in tier one throughout Boomsday. However, we’re only going to talk about the Malygos and the Togwaggle archetypes.

These decks are slightly similar in playstyle. They’re both able to draw a lot of cards, gain a lot of armour and effectively ramp mana. However, what makes everything complicated when against Druid is their deck composition, both these decks run similar deck lists with only tiny differences, which mostly lie in their combo pieces.

The Malygos variation tries to combo you by copying Malygos and abusing its +5 spell damage boost to deal a lot of damage using Swipes and Moonfire, and the Togwaggle variation tries to win by drawing as much as they can and then trading decks with their opponent and copying the Ransom! card with Azalina Soulthief so they can’t trade back.

Being as aggressive as possible and dealing a lot of damage to their hero can sometimes win you some games but it’s not an easy task thanks to how much armour these decks can gain.

Here’s a decklist for a Malygos Druid deck: AAECAZICCN4F9fwCm+gC5PsCmdMCws4CxQS0AwvTA5jSAukB5Ai/8gKe0gJA29MCX6DNAofOAgA=

This deck’s dominating behaviour was a surprise for many Hearthstone players as it was left behind by other decks back in the Witchwood expansion. Formerly being a Recruit Hunter spin-off, Deathrattle Hunter defined its playstyle thanks to how consistently it can dominate the early-mid stages of the game and staying as dominant in the late game.

Abusing Devilsaur Egg in combination with cards like Play Dead and Terrorscale Stalker, this deck can create an avalanche of 5/5 Devilsaurs that can complicate things for every single deck out there. After dominating the early game, this deck uses Houndmaster Shaw and Carnivorous Cube to push their tempo even further, overwhelming the board.

And even if you managed to survive all that, dealing with Kathrena Winterwisp’s recruit mechanic is no easy task. Bringing Witchwood Grizzlies or King Krush itself out of the deck for instant burst damage and then copying them with Carnivorous Cube is only partially mentioning this deck’s shenanigans.

Here’s a code for a Deathrattle Hunter list: AAECAR8KnOIC08UC3gX7BYDzAqCAA4bTAu0JtuoC+AgK4eMCjQGczQKXCKvCArn4AtjCAt3SAovhAvLxAgA=

And this concludes our coverage of the Boomsday meta. This surely was an interesting expansion as it was filled with variety. However, the Rastakhan’s Rumble expansion has arrived, and we can’t wait to find out what new ideas are to be found around the corner. Good luck with your games!