Pokémon Academy Life: a fangame that reimagines the franchise 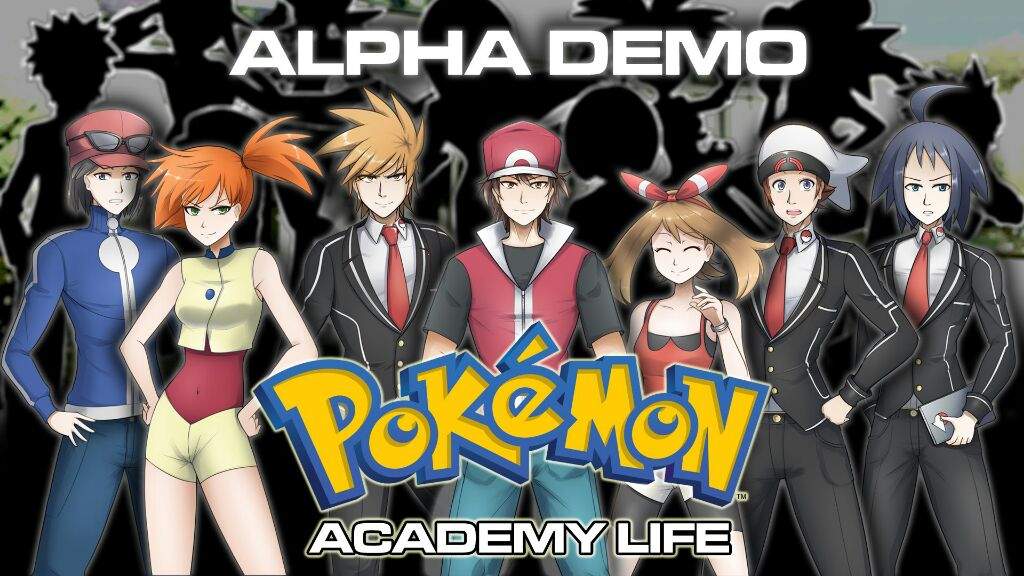 Fan games are a dime a dozen when it comes to franchises big enough to earn a place in our hearts. Whether it’d be mods for games like GTAV or Skyrim or full-on fan games such as Megaman Unlimited or even the late Pokémon Uranium, they stand out as a show of love for what a game has offered its audience.

Pokémon, being an international juggernaut, is no stranger to its share of fan games, with many RPG games taking place in original regions, with original or pre-existing Pokémon to give players new kinds of Pokémon adventures. Nintendo and Gamefreak themselves have acknowledged these games… and have also set out to take down any games that try to earn a profit from them (and most that don’t).

However, there are many fan games that stary far away from the usual catch ’em all formula. Pokémon Academy Life stands out from the crowd by being the very first Pokémon Visual Novel game created by fans, for fans.

In Pokémon Academy Life, players ditch the one man journey format of the game and instead jump into the shoes of Red as he starts his new life at Kobukan Academy, a prestigious school known for turning out some of the best Pokémon Trainers the world has to offer.

Along with Red, players are treated with characters coming from all of the Pokémon canon, whether it’d be having protagonists as your friends or gym leaders and Elite 4 members as classmates or teachers. The story focuses your (Red’s) life as you go through the school interacting with other characters.

Of course, Pokémon Academy Life won’t be for everyone, as it only aims to take a look at the characters and have them all interact in a familiar setting while crafting its own story. However, like in many Visual Novels, the players do get a few choices that will determine where their story will go, such as what roommate, classes or extra-curricular activities they want to pick.

The game also comes with its battling and catching mechanic for those that miss the old tussle and bustle of the Pokémon games. Much like in the games, players can find and use any Pokémon they select to battle against the other characters and, depending on the battle, the outcome will influence your character’s development in the school.

While the game offers a lot of fun character interactions and reimagines the characters and story to fit a more realistic setting, as well as crafting a more coming of age type of story, it does have a few setbacks.

The biggest of this is that…the game isn’t complete.

It’s been in development for three years, but because of it being a fan game, the developers just can’t work full time on it, and considering their general goal is for the game to cover all three years at Kobukan Academy, all in all it will take a while.

Players have been lucky, however, as the team behind the game release new updates from time to time, with the latest one, Version 1.0.4, adding in the new catching mechanics and up to 12 days worth of story.

The other big issue with the game has to deal with its genre. While the art style is crisp and it offers a new way of playing a Pokémon game, as well as a proper story, it’s true that a large part of Pokémon fans won’t be into a game where they scroll through the text until either a choice or a battle appears.

This is especially since one of the good points of Pokémon games is being able to explore the world and train your Pokémon as you see fit.

Nevertheless, Pokémon Academy Life still has a lot to offer players who are more into story-oriented games. Even now, the game already has a lot of different character interactions that players can strike up, as well as a compelling story and character arc for its protagonists (which is something that a lot of Visual Novels lack, surprisingly enough).

So if you’re a Pokémon fan looking for a video game that reimagines all of your favourite characters and gives you a more story-oriented game filled with fun interactions and an entertaining coming of age story, then Pokémon Academy Life is one you should keep your eye on. Of course, it’ll still take a while.