How does it fare? Fullmetal Alchemist, the Live Action movie

Home 2018 March How does it fare? Fullmetal Alchemist, the Live Action movie 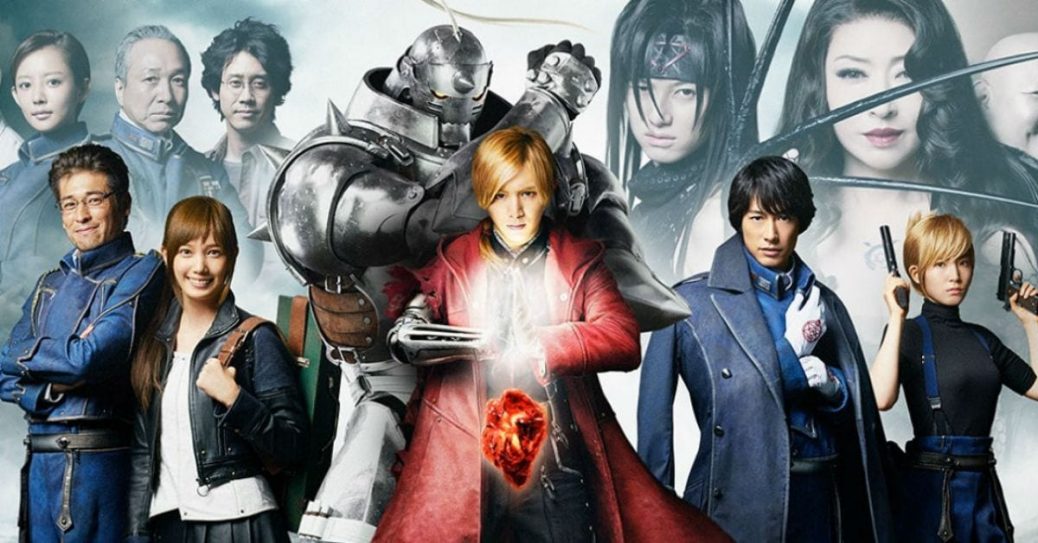 Great stories are hard to come by, and more so tales that can shape a generation and make everyone agree are the best of the best.

It’s because these stories are so good, though, that many an exec tries and take advantage of them as much as possible, and indeed, many anime have gotten the live action movie treatment in the last few years.

Now it’s time for Full Metal Alchemist to have its turn in the limelight, so let’s see how this adaptation stacks up.

The story of FMA revolves around two brothers, Edward and Alphonse Elric. The pair of alchemists have set out in search of the elusive Philosopher Stone after their attempt in reviving their dead mother ended up costing them Edward’s arm and leg and Alphonse’s whole body (leaving the younger brother forever sealed to a suit of armour).

Having become a state alchemists working under the government, Edward sets his sight on trying to find a way to get his brother’s body back at all cost, only for him, his brother and everyone they hold dear to get soon dragged into a nefarious plot that aims to tear apart their country.

Netflix’s live-action adaptation had a lot to live up to. Both the manga and its anime counterparts are held in high regard by anime fans worldwide and recognised among the best to ever come out. This made the task of cutting the story up and crafting a complete movie that both stayed loyal enough to the story’s concept but was also able to attract new fans a pretty big ordeal.

Right off the bat, Netflix’s adaptation faces a couple of issues that hinder its performance. While there’s been a fuss over recent anime films and their habit of whitewashing stories that take place in Japan by adding western actors, FMA went through the opposite problem, where Japanese actors played characters with western names and ethnicities.

This isn’t a big issue in and of itself, but it is something that rears its ugly head when it comes to hair colours. The movie still tries to stick to the character’s original colours in the story, which ends up landing a lot of the actors in wigs that feel like they’re trying hard not to fall off or dyed hair that feels jarring or unrealistic.

That’s not to say that the costumes in the movie are bad, both they and the atmosphere manage to stick closely to the original story’s world, courtesy of filming taking place in rural parts of Europe (more prominently Italy), which also helps ground the events of the story a lot.

The special effects work deserves some praise as well. It’s not going to beat any of the fantastic effects that we’ve seen from Hollywood in recent years, but what people forget is that SFX is, in fact, still a growing field in Japan. The fact that Alphonse’s armour and the effects of alchemy end up being rendered in complete CGI without terribly crashing with the world is already a significant step up to what anime-to-live-action adaptations tend to feature.

Unfortunately, this doesn’t work every time. Alphonse being a character made entirely with CGI means that featuring him for too long adds cost and workload on the crew, causing a character that co-leads the original story to barely appear here.

The CGI also falls short during the film’s climax where the characters have to fend off a hoard of monsters made in CGI that fails to blend in with the reality they’ve been pasted on.

Story-wise, the film ends up being more of a mixed bag and whether fans of the original story like it or not will vary from person to person. Aside from the issues with Alphonse barely appearing, the story takes some liberties in regards to the order and placement of certain events and characters.

Those worried about the story trying to tackle more than it can chew (the original manga is 108 chapters long, and its adaptations are 51 and 64 episodes long respectively) can sigh in relief. The movie only tackles the first quarter (about 13 episodes of FMA: Brotherhood) of the story, with some aspects from the second quarter added in to create a complete movie.

While this allows the movie to both have enough material to fill up a live-action film without it seeming like they’re compressing too much, it still ends up either cutting or changing aspects of it.

Some characters like the alchemist killer Scar or the exaggerated, muscular Alex Armstrong don’t appear at all, though the former’s disappearance could be explained by the movie wanting to set up for possible sequels. Removing characters and scenes also means that other established characters, such as Ed and Al’s childhood friend Winry, don’t get a chance to shine.

Other changes to the story are just strange. It expands on some characters that don’t get much to do in the main story, and while this gives their presence some added weight, it also causes their situations to come off as hallow and in some parts cartoonish even when they’re supposed to be more grounded and complicated people.

The climax, too, is a big change that slots in an event from later in the original story, just for the sake of having a big showdown to finish the film. In the end? Said climax didn’t amount to much, and we suspect it’s in the hopes of using the same plot beat again in a possible sequel (when they’re supposed to).

It also ends with the death of an antagonist that wasn’t supposed to die at this point and that in turn puts the future of these movies into question.

Despite all of these flaws, the movie takes careful consideration of including some of the more iconic scenes of the show, including a particularly tragic scene that any fan of the show will remember involving a crazy experiment and a dog.

However, while some of these moments land pretty well, others feel forced into the story just for fanservice, even though in the grand scope of the movie they could’ve made room for it to expand on other events or characters.

The characters are another interesting topic to touch on. The absence of some characters that will probably be important later on, as stated previously, causes others that rely on their presence to suffer.

Time constraints and screentime shuffling also make multiple characters lose their lustre. The iconic Roy Mustang, who acts as a reflection and counterpart to Ed in the main story, barely appears as a stoic, rebellious military captain as opposed to the serious yet down to earth playboy he is in the series. Conversely, characters like Captain Maes Hughes get a much more significant role, and his relationship with Edward is explored to substantial effect, with his actor, Ryuta Sato, giving the best performance of the movie.

However, the real focus of this movie is on Edward. Much more than the series, this film decides to make him the star of the show, with most of the movie revolving around him, his goals and relationships with others (and remember, Al isn’t even around that much). Unfortunately, because the story doesn’t step out of the first couple arcs of the story and doesn’t include characters like Izumi Curtis, who serves as Edward’s and Alphonse’s master in the manga, the amount of depth and development that we get from Edward is minimal.

Ed mostly ends up going where the story needs him to, causing him to feel more like a bystander in his own story rather than the intelligent and proactive protagonist he should be. It also doesn’t help that Ryousuke Yamada, his portrayer, tends to overact in his role and often fails at delivering the character’s emotions with the necessary weight.

So all that being said, how does the Full Metal Alchemist movie stack up? Again, it’ll depend on the kind of fan you are.

If you’re a casual fan, who likes the show but doesn’t make a big fuss about the story or a more in-depth fan that knows the story but isn’t hardcore then you’ll probably have a good time catching up with the film and seeing what’s changed and hasn’t.

But if you’re a hardcore fan of the series, then yeah, the story this time might have a lot of inconsistencies, and the changes might prove to be too much.

And what if you don’t have any relationship with FMA? Then you probably won’t like this movie very much.

By itself, FMA is probably one of the best live-action adaptations of an anime or manga to have ever come out, but while it manages to be a good anime movie, it doesn’t entirely reach the point of being a good movie. New viewers will see it as a low key action movie with some philosophical banter to try and throw spice into the mix and competent enough action scenes.

Still, beauty is in the eye of the beholder. Tell us what you thought of the movie and if you’ll recommend it or not, or maybe you’re expecting a sequel to come out? It certainly has a lot of stories to pull from and a lot of room for growth.