Geek Girls: Into the “hidden half” of the geek culture

Home 2018 March Geek Girls: Into the “hidden half” of the geek culture 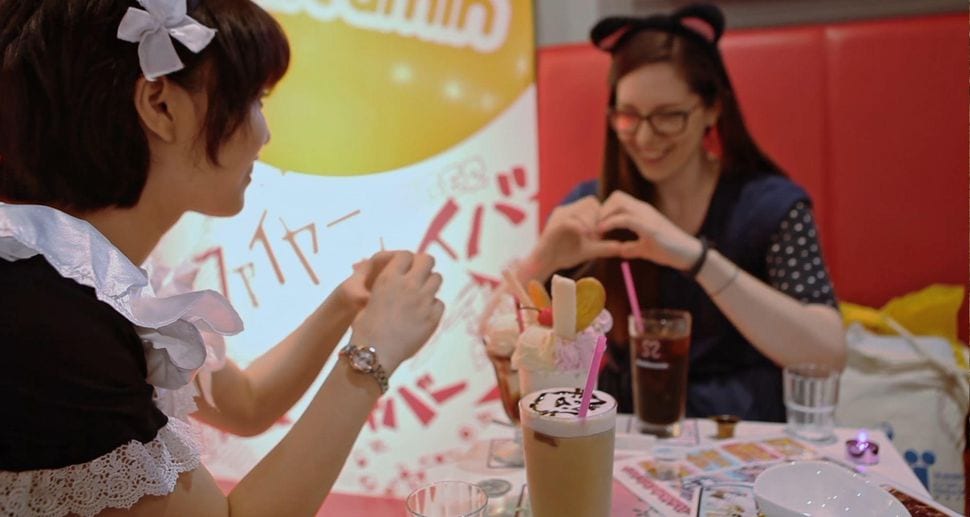 With almost half of the top 10 grossing films of all time being Star Wars and Avengers’ films, the popularity of comic-to-tv adaptations, and mainstream media embracing eSports, we’d think geek culture is in a pretty good spot right now, and a far cry from the public shunning of “nerdy” interest in the past decades.

And it is doing great if you are a guy, at least.

Gina Hara is a filmmaker and a geek, though one that has hidden that side of her form her loved ones far too long. Feeling something had to be said, and conversations needed to be had about this right now, she set foot to Japan (the epicentre of geek culture) to create Geek Girls, a documentary that takes a deep dive into the lives of women immersed in gaming, cosplaying, collectables and much more.

In a recent interview with CNET, Hara confessed she isn’t alone at all in hiding her geeky side.

If anything, hiding this side of them is so common for girls, that Hara had a hard time finding women to feature for the documentary – not for lack of female geeks, but for their lack of willingness to come out of the “geek closet”.

It was especially harsh to find Japanese women willing to speak up, as being a female nerd is considered “social suicide” in Japan. “I started shooting, just myself, with one camera,”, confesses Hara, who had to settle for online research and an undesirably long period of reaching out to people.

“I realised my own friends don’t think of me as a geek because I myself hid it,” adds Hara.

Over four years, Hara found herself at the receiving end of “no, thank you”‘s from women in Asia, The Philippines, Europe and the Americas. She managed to find two otaku girls, Alice and Mei, who were fine with speaking to the camera about her passions (Mei had already written a dissertation on Japan’s cosplayer culture at that point).

While Japan was her intended focus on Geek Girls, Hara did have an easier time finding candidates in her hometown of Montreal, Canada. Fellow Canadian Stephanie Harvey (“missharvey” in the pro-gaming world) was eager to speak about her experience as a pro gamer and video game designer at Ubisoft Montreal.

“Being a girl gamer definitely makes you question everything you say publicly… mini-scandals happen all the time,” says Harvey.

Harvey was named one of Forbes’ 30 bright young stars in videogames back in 2014, and in 2016, her all-female gaming team, GLC.CS Red became the first female team to move together to a gaming house (a practice now common in the eSports world).

Deciding on going “pro” and being on the receiving end of the media exposure it entailed was a hard choice for Harvey, who knew the bad experiences girl gamers endure in mostly male-dominated events like professional eSports competitions.

“I could continue gaming without doing all the media and the tournaments. All the exposure, it did make me question it.”

Harvey is now the co-founder of Missclicks, an online community and safe place for anyone who faces sexism and gender discrimination in gaming and geek culture, which the documentary explores.

When Hara started her journey, she did so in a time where sexism was making headlines in “geeky” industries, from video games to animation.

That hasn’t changed since, and sexism is still exposed in the tech and media industries in an uncomfortably common basis.

However, Hara’s is one more voice that, added to the rest, has the power to change that reality. Nowadays, it is more common to see social media movements like #MeToo, which denounce sexual violence and misconduct.

Indeed, many of the women that resigned form the chance to appear in the documentary have since thanked her for all her hard work, and one of Hara’s favourite anecdotes is how a friend who once confessed to her “geeks don’t need a filmmaker, they need doctors”, now praises the documentary.

For now, we hope Hara’s dive into this “hidden side” of the geek culture becomes the first in many steps towards awareness and, ultimately, towards a world where we can share our geek passions openly regardless of genre.