Summoners War’s Southeast Asia Finals are around the corner! 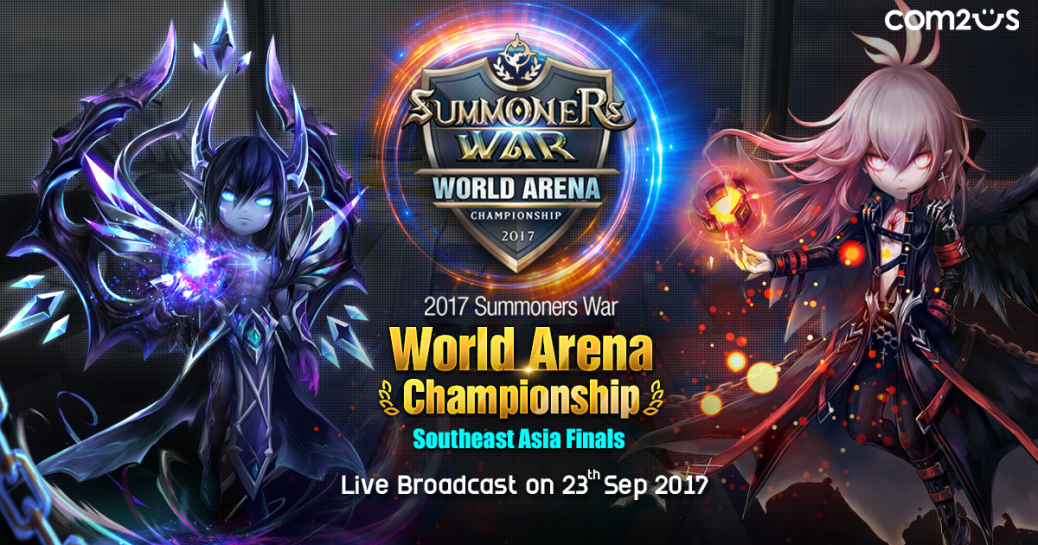 Nine competitions all around the world are held as you read this. By the end of this month, nine winners will get to see Summoners War’s World Finals from the battlefield. Southeast Asia’s eliminatory is right about to finish, and you still have a chance to catch it up.

Elite summoners from all the region have gathered in some of the most intense battles the game has seen, and with an SGD5000 reward at stake and the honour of being the one and only SEA representative of the World Finals, eight participants are eagerly awaiting the time to duke it out one last time this week. The contestants are:

With two substitutes waiting in the wings:

As usual, the competition will be broadcast, with Summoners War’s celebrity YDBC doing the casting.

But to commemorate the Southeast Asia Finals with the proper respect, a Summoners War Special Offline Party will be held in both Malaysia and Singapore to summoners can gather, have a great time and not lose a second of these fierce matches. Of course, players will also enjoy friendly PvPs, Lucky Draws (with in-game prizes) and merchandise gifts.

If you can’t attend the offline parties, you can still follow the competition live – keep tabs in Summoners War’s Facebook page and don’t miss any news on the Finals.