RUINER: When a man’s HEAVEN becomes another one’s Purgatory 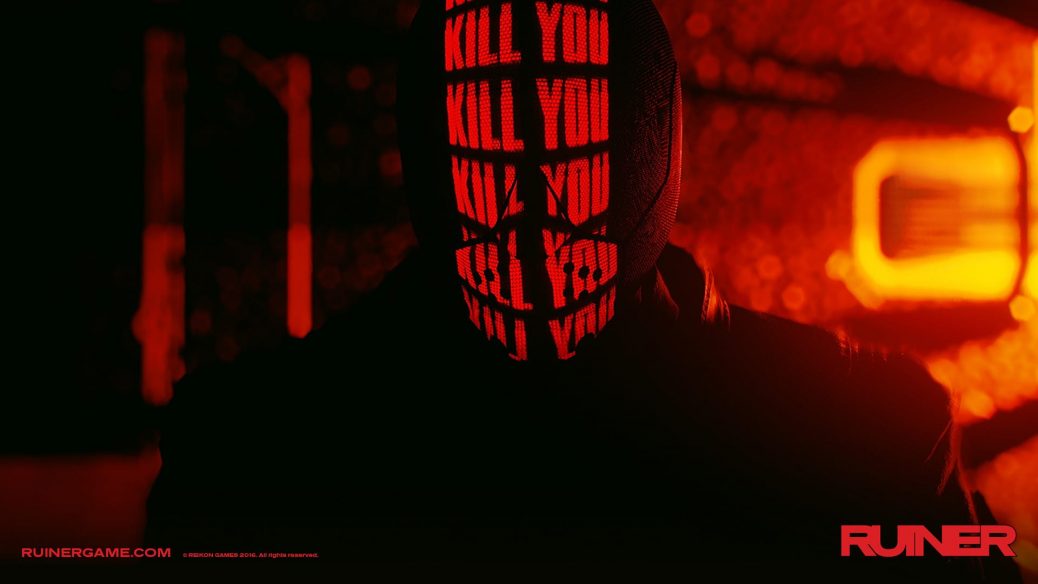 Rengkok is a simple city with simple rules: you got firearms, and either you get away with doing what you want, or your don’t, and that’s as far as you go. Everyone got a dream here, and aiming at the right places can make you the king of this underworld, if only for five seconds.

This ultra-violent, cyberpunk year of 2091 is the future as imagined by RUINER, a top-down action shooter by Reikon Games. Here, you control an anonymous survivor of this world dominated by HEAVEN, a “Virtuality” corporation that cares little about the fate of each individual as long as it can prevent an insurrection (and its bottom line stays healthy).

RUINER combines its cyberpunk anime and game inspirations with the author’s vision of our current real-world violence to create a brutal and mature atmosphere. Yet, RUINER is a story driven game with sophisticated gameplay experience reminiscent of the Arkham games, where the action follows a certain rhythm, and the camera slows down accordingly to highlight the impact of each hit.

Of course, being a top-down shooter, the space you cover is bigger and enemies are more numerous, so the speed of your movements and range of your weapons becomes crucial for survival. This is why you can find power ups like shields and speed boosts, scattered through the remnants of this post-apocalyptic city.

Enemies such as the Creeps (brainwashed children) build up the bleakness of this world, while robotic behemoths like a Cyborg Minotaur serve to showcase how the “bosses” see this society: a playground to fill with fantasy-inspired killer pets.

Also, if the game is striking on its own, their website doesn’t fall behind in the “see what we could become and fear” department. From the multiple neon messages projected as reflection in our character’s helmet (“DOES IT HURT?”, “KILL YOU” and “GET THEM PUPPY” are some of our favourites) to the pseudo-animated prologue, every element either shows what you must do to survive this hell on earth or the enemies that will pay for it.

RUINER is very close to its release this September 26th on Steam, PlayStation 4 and Xbox One. You can follow Reikon Games and get the latest info on RUINER on their website, Facebook, Twitter and Tumblr.

We find it funny Nintendo didn’t get the memo, considering their recent reveal of a No More Heroes Sequel (and we did get Madworld for the Wii way back, which shares a similar concept to RUINER).