Hear It From The Players: Summoners War’s Movie Premiere Night 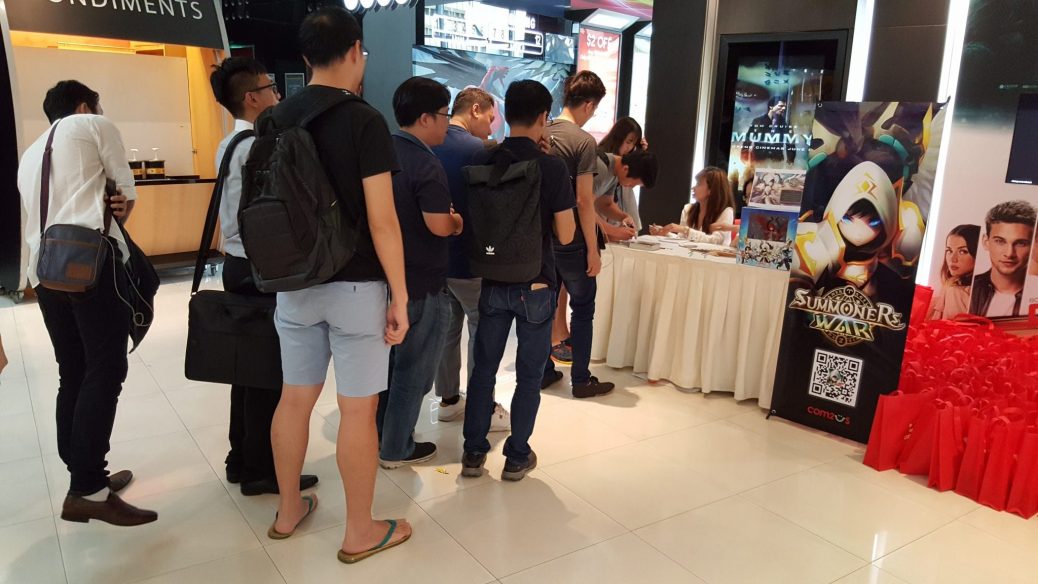 Professional gaming might be on the horizon for Summoners War, but they understand not all important things happen at the arena.

Last June 29th, Com2uS launched a ticket giveaway for its first truly open event: the movie premiere for Transformers: The Last Knight, in which players from Singapore and the Philippines enjoyed the premiere, got a Summoners War goodie bag, and participated for the chance to get special-edition figures.

Next to the recent off-line tournaments, this social space was a refresher for fans of the game.

How did it go? Let’s hear it from the winners, the players themselves:

AceFury (AF) and ChaKelvin (CK) are veterans, and part of the FuryAngelz Guild, of which AceFury is the current Guild Master.

Q. How long have you been playing?

AF: I’m playing since the very beginning, around three years ago!
CK: Can confirm, and he influenced me to play with him. He played it everywhere from the start (on the way to work, on lunches), and everyone got curious on what had him so glued to the phone screen. Now we are hooked as well!

Both: Because of the constant new characters, missions and updates; we think they do a great job keeping things fresh.

Q. And, how long do you spend per day playing SW?

Both: One-to-two hours? We prefer to play during specific events and stuff; it’s more fun when the guild hangs out together.

Q. How much have you spent on the game?

Nyandx (NX) and Kairyn16 (KR) are a gaming couple. They both entered the game about year ago (or rather, Nyandx slowly dragged his girlfriend into it), and enjoy it at their own pace.

Q. How long do you both spend playing the game?

NX: If you add sitting in the toilet, eating, at home… I am logged on more than 3 hours per day!
KR: Oh yes, he does, I play only an hour plus per day.

Q. So how much do you both spend on the game?

NX: Average 100 plus per month.
KR: Depends on mood. I am not a consistent spender on games; but if it’s something I want and need, yeah!

Q. What got you started on SW?

NX: Heard about it from a friend. We have been playing games since our teenage years, so we always try out new games.

When asked if he influenced her decision, Kairyn nodded furiously.

Q. Why do you stay in SW among other games in the market?

NX: The constant updates, making it relevant and challenging for old and new players. Although I am on other games, is SW what I play most of the time.

It’s interesting to see Summoners Wars reaching out to the general public (you’d think they’d be more focused on their upcoming Global World Tournament), but it might be a sign of future changes to appeal more to the more casual public and the newer players that aren’t too deep into the game.

What we know is, hundreds of players took part in this first event, and there are more to come.

Want to have a seat next time? Keep an eye on their Facebook page for upcoming updates and giveaways.