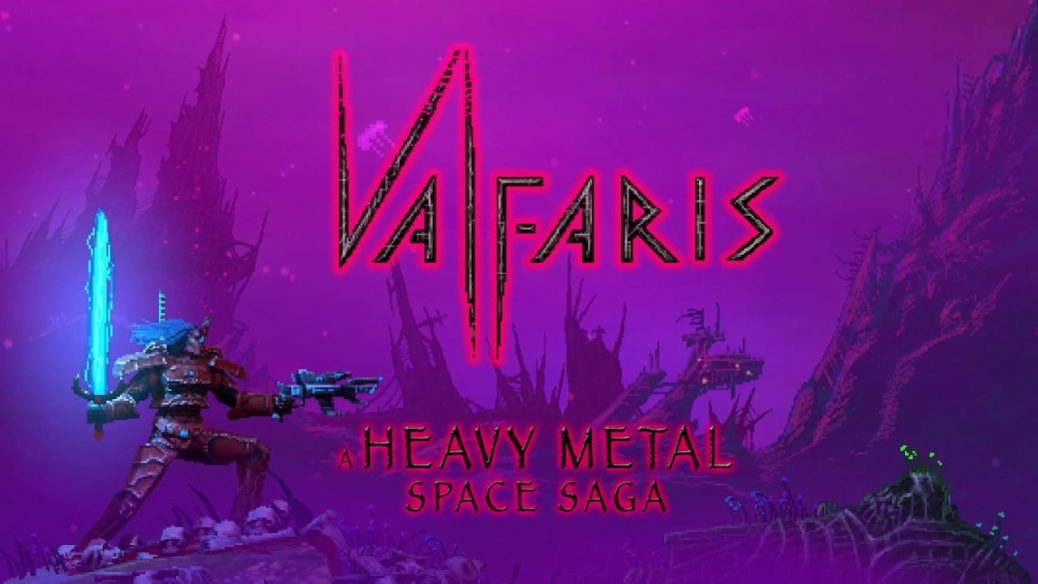 Some of our favourite games aren’t those that invent something new but combine two that we already love to begin with. Valfaris didn’t invent Metroidvanias, but you better believe it knows how to infuse it with an Iron Maiden album.

The game follows Therion, the fearless son of space fortress Valfaris, which vanished from all radars mysteriously. However, it has suddenly reappeared orbiting a decaying sun, and now shrouded in an immense darkness and infested by vile creatures, Therion takes on the challenge of uncovering the truth behind its demise and slay the source of the blight.

Valfaris is a Heavy Metal-inspired 2D Action Platformer by Digital Uppercut, and plays a lot like you usual Metroidvania: your gun is your sole companion in a world where you must run, crawl and climb as you shoot off the most grotesque of monsters.

You’ll be ravaged with projectiles from land and sky, so your reflexes and gun must be just as flexible, and the punishment to your enemies ten times as brutal.

You might remember Digital Uppercut for their even darker and gorier Castlevania back in Slain: Back From Hell. Slain was a Unity Awards Finalist, and in Valfaris you can see everything this studio has going for it.

Everything look savage. The masterfully crafted pixel art is made only better by the vibrant design of the backgrounds and monstrous look of the enemies. While Slain: Back From Hell was dark, gory, ghostly and full of fire (and an extremely good looking set up for an accursed land), the space fortress Valfaris is now infested with alien entities and robot assassins.

The backgrounds and enemies are just as imposing and good-looking, but this time Digital Uppercut went more for a Metroid and Alien feel, with plenty of pipes, incubation tubes and organic-looking terrain as if you were exploring the innards of a monster.

Of course, an amazing metal soundtrack is a given. Here we feel the power of extreme metaller Curt Victor Bryant, former guitarist at Celtic Frost. It’s needless to say how his ear-crushing soundtrack ties with the world of Valfaris.

There’s little else we need to say about Valfaris. It just looks brutal, and while the game is still very far away (2018), if their previous work is any guide, Digital Uppercut will deliver one of the best exponents of its genre, and a game that will leave both heavy metal and Metroidvania fans satisfied.

Valfaris will launch for both Steam and PlayStation 4. You can follow Valfaris’ progress on Steam and IndieDB.