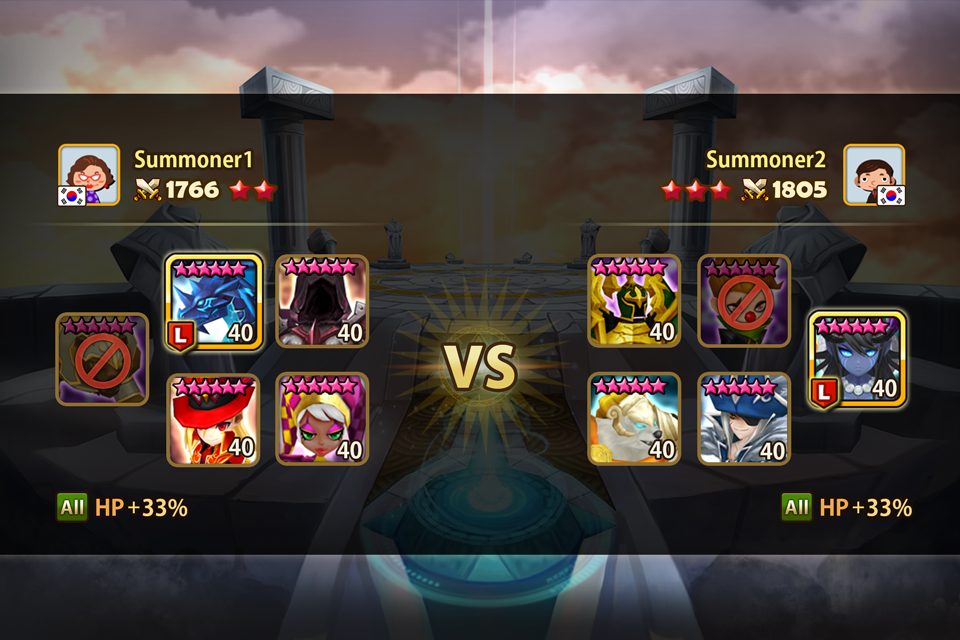 A new Summoners War update appears, and this time, Com2uS is bringing the “Goodwill Contest” mode: since June 4th, players can now organise their global competitions in the World Arena, and compete to their fullest with an expanded Monster Storage and Slots.

In this new Goodwill Contest Mode, you get to be the manager of your own tournaments: choose the rules and contest name and set up a room for up to 50 players (it’s still PvP so you can send personal battle request too).

There aren’t many rules to choose form yet, but so far, you have control over the playing ground by selecting one of three modes:

In tune with previous updates, Com2uS seeks to incentive the eSports scene of the game, so spectators get to watch any battle they didn’t enter live, or watch previous battles with the Replay feature.

Plus, Monster Slots saw a hefty increment from 15 to 50, while the Monster Storage and Rune inventory now can host up to 600 Monsters and Runes.

With these updates, Com2uS expect players all over the world to “enjoy a contest whenever they want”, all while setting up future offline tournaments.

“You’ll be able to experience Summoners War E-sports in depth via this Goodwill Contest Mode along with the offline tournaments which will be held continuously across the world.”

As we can see, they are pushing for Summoners War to gain its reputation as an eSport between fans. While the new contest rules go a long way in keeping a fair ground for competition, it’s also true most players would rather have an easier time getting to the most powerful Monsters themselves.

The Storage and Slots expansions are welcome additions though, and how that we’ve got an official “battle room” mode, it’s more likely Com2uS will focus on enhancing the competitive experience to make these new modes succeed.

What’s left to see is how they’ll handle it (they’ve previously said obtaining stronger monsters will become easier, but the 4★ mode is a bit contradicting).

In the meanwhile, now it’s easier to test yourself against the rest of the world (or catch a glimpse and learn from the pros). Summoners War is available on the App Store and Google Play.