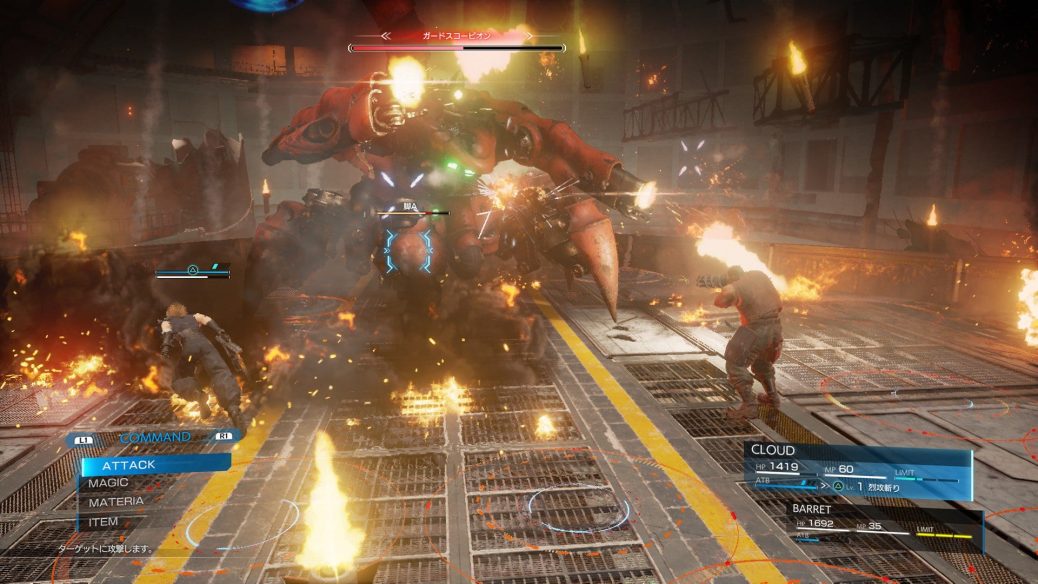 Looks like Cloud has been spotted in this new #FFVII Remake screenshot Tetsuya Nomura revealed at @MagicMonaco pic.twitter.com/luANpLTUDI

The Guard Scorpion looks like an even more formidable foe in the second #FFVII Remake screenshot shown for the first time at @MagicMonaco pic.twitter.com/GWaSIm5Cng

The Final Fantasy screenshots look eerily familiar, and we don’t mean having Cloud around: the UI is very reminiscent of the one from Final Fantasy XV (your mileage may vary on this being good or bad news). Useful to note is, so far we’ve only seen Cloud gameplay from the intro sequences, so the specifics on how we’ll control the others (assuming we will control the rest of the party per see) are still a mystery.

However, far more mysterious is Kingdom Hearts (only) pic, with good ol’ Sora fighting off a titanic Heartless not with his usual Keyblade, but with a shield like his partner Goofy, in what looks to be some Ancient Rome-style ruins (Hercules’ most likely?).

The Final Fantasy VII Remake is coming for Playstation 4, and Kingdom Hearts 3 for both it and Xbox One. While Mr. Nomura has stated Final Fantasy is still far from ready, and we know even less about Kingdom Hearts, he does hope to show off both projects this 2017.

For now, at least we got some concept art for the franchise’s Anniversary. And with “some concept” art, we mean a single image featuring Cloud facing Midgar and Sephirot’s gigantic shadow over the city. It is an impressive and powerful scene, but let’s wait for a bit more show soon.