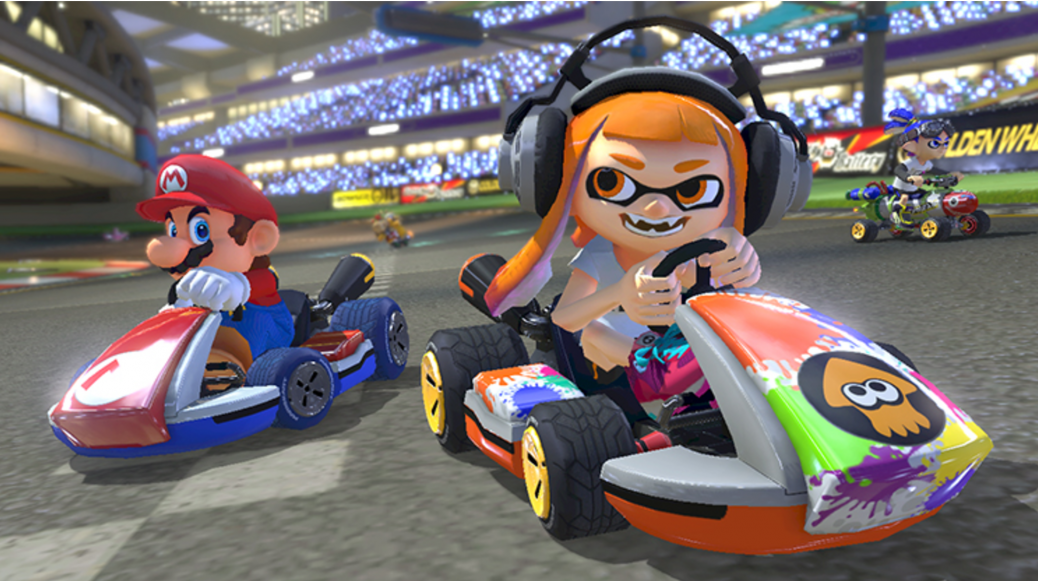 Rumors came and went, and in the end, most of the console’s information was more of a reassurance than actual surprises. Most of the rumored games did make their way to the 2017 line-up.

The console is only 300 USD, with the games’ retail price estimated around 60 USD. The price of the console itself might look generous, but these suggest the opposite, though it’s hard to pinpoint how fair this is considering the immense amount of tech inside each controller.

The console’s launch date, presumed to be March 17th, draws 2 weeks closer at March 3th. The leaked date could have been a factual one that got changed recently, but better for us all around.

After messing around with all watchers, the very last seconds of the stream revealed Zelda: Breath of the Wild will release along the console. With such a gorgeous trailer and a Collector’s Edition around the block, its proving to be worthy of all the hype surrounding it.

Splatoon and Mario Kart did show up, but Splatoon was actually a sequel after all (and looks fantastic, if a bit grittier than the original); and as a side note…. Where are the Squid Sisters?

After exploring the galaxies and depths of the Mushroom Kingdom, Super Mario Odyssey brings very fresh sightings: the New York stage was a perfect showcase for the real-world inspired ambience, and the games take some mechanics from similar platformers (e.g. Klonoa), like your hat being a weapon and ride-able animals (not named Yoshi).

The New York City stage took the spotlight, but we can still see some bits on the desert and forest stages, along more fantasy-themed levels like what we’ll dub “foodland” for now.

…And very unlike the case with the highly anticipated Xenoblade 2, for whom we got a trailer nearly as long as that of Zelda itself. It’s interesting to note how they went full anime-style for this one, and the game now resembles one of its biggest competitors: the Tales Of franchise.

1-2 Switch, the new Wii Sports, is designed to be a casual party game that brings people together, especially those unfamiliar to gaming; the game only requires a controller to be played – not even looking at the screen is needed, instead invites people to use their imaginations.

Arms, on the other hand, takes Punch Out!!’s place as the premier boxing game of the console, an hybrid of boxing and shooter where fighters have mechanical arms as efficient at throwing fists as they are sniping from afar or launching missiles.

Lastly, we got a very brief glimpse on Fire Emblem Warriors, which seems to lean on Hyrule Warriors’ success to bring even more of Nintendo’s RPG heroes to the fighting scene.

Regarding third-parties, EA and Bethesda’s presentations were mostly on point, and on accordance with what we knew: FIFA and Skyrim were coming in, and both companies seem very interested in the Switch. Probably the biggest surprise of the night: Travis is back in No More Heroes 3 – though we sadly didn’t get to see any of it except a picture of the iconic anti-hero teasing us.

Unlike Suda 51’s brief showing, Square Enix announced not one or two, but three Dragon Quest games: Dragon Quest X, XI, and the Heroes spin off with which they aim to connect better with western audiences. Along them, came what seems to be Final Fantasy and Bravely Default’s stand-in for the Switch: Octopath Traveler, a JRPG with a very unique visual presentation, combining 2D models in a 3D-esque world reminiscent of the Paper Mario scenery.

After teasing their upcoming Shin Megami Tensei, Atlus announced they got many more titles in development for the Switch. Considering it’s Atlus we are talking about, we can safely expect half of those (reasonably more) to be direct ports of their popular sagas like Persona and Etrian Odyssey, along sequels to their “Nintendo” titles like Trauma Center and Code of Princess.

All in all, the Switch shapes to be a very interesting but expensive console. Considering a lot of people don’t see the point of the handheld-dock system and the price tags for accessories, it starts to make sense Nintendo’s stock prices fell rather than the opposite after the presentation – the console is being sold as the coveted balance between casual and hardcore fan appeal, yet the facts suggest a much bigger emphasis on making loyal customers happy rather than inviting people with no background on Nintendo, or gaming in general.

Then again, the prices can always go lower in the upcoming months, so let’s wait and see how that shapes up.