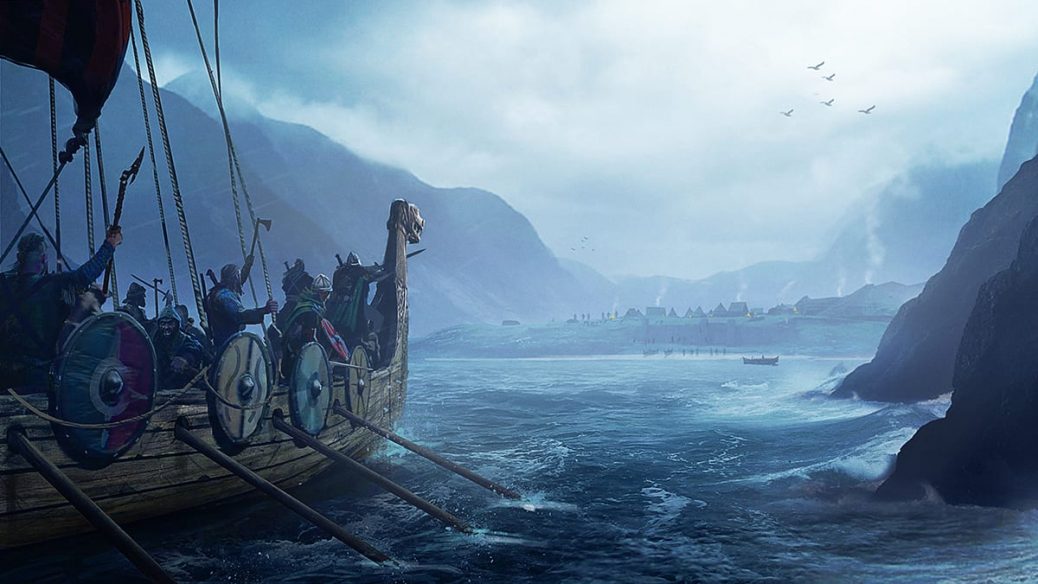 The Theng is none other than the leader of Vikings, and his death has bestowed you, his son, with the title. Not all of your tribesmen are happy with this, though, and you can guess how that went during the sheer cold, yet heated crowing ceremony.

Expeditions: Vikings is a strategy adventure game by Logic Artists, reminiscent of the Bioware classics like Baldur’s Gate and Knights of The Old Republic. Its turn-based combat system has you controlling a limited group of units on a hex-grid, each one equipped with different weapons (from the axe and bow’s sort) and abilities to aid in combat.

Just like in real expeditions, Expeditions: Vikings doesn’t magically heal your wounds, which can also worsen up the longer they go untreated, making every impact (friend or foe) relevant to the course of the actual and future battles.

Battles mainly take place during your camping stops, with other Viking groups having as much interest in taking all your gold as in cracking your skull open for it. Of course, just like your enemies, invading existing camps and looting everything you can yourself is always a good option.

Even then, living off pillage and raids isn’t cheap; contracting new mercenaries is a must, and everyone has to pull their weight in the crew during camping: from hunting to fishing to watching over the night and serving as physicians, all your Vikings got secondary skill you’ll need for a successful expedition.

Viking’s main campaign has you conquering all of Britain’s coasts, via numerous non-linear quests, optional sidequests and decision trees that give you the freedom to be a benevolent king or a ruthless tyrant.

Expeditions: Vikings will come out somewhere in 2017 via Steam. You can check out how the game is coming in Logic Artists’ Twitter and webpage.