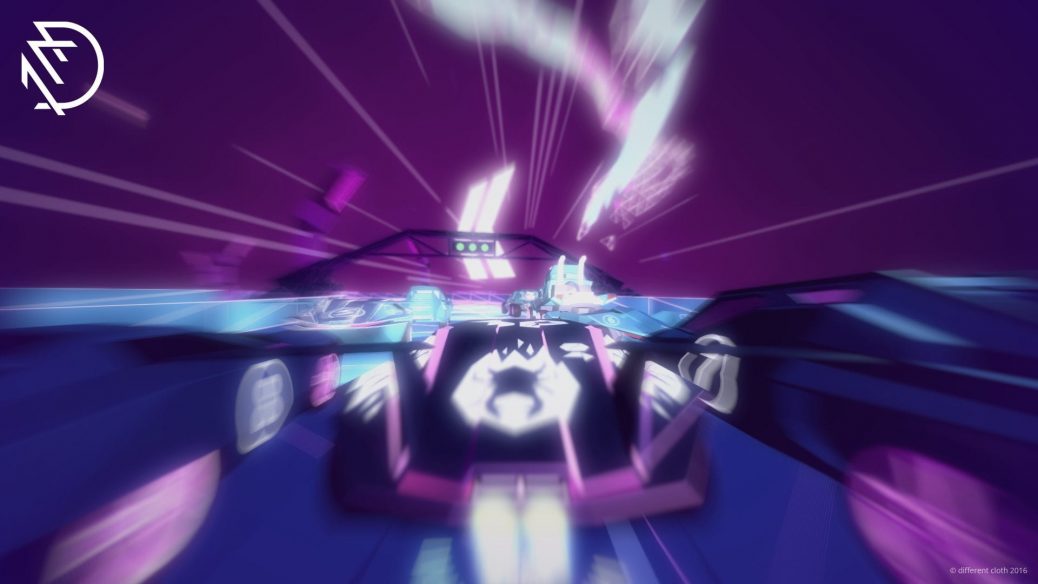 Racing games are on of the most beloved hallmarks of old arcades – not even the realistic toy-guns could compete against sitting on a car booth and steering the wheel like a madman. Now, you can get the same experience in actual HD glory, but revved up to two, three, and more.

The aptly named Drive! Drive! Drive! pits you against other racers and deadly obstacles in multiple zero-gravity courses… simultaneously. Here, you don’t steer a single car, instead switching between multiple ones located on totally different tracks at real time.

Of course, time waits for no one, and swapping between mid-race cars requires reflexes as fast as those you’ll need to win, since you gain immediate control of the vehicle, wherever it was at that second (be it in front of a cliff or not).

While sharing a single racecar is a concept previously explored (eg. Mario Kart Double Dash), Drive! Drive! Drive! might be the first one where the cars are sharing you. This mechanic lends itself to some strategic thinking, as you can wait for the best opportunity to switch to another car while leaving the one you’re in on good shape.

The game’s visuals are mostly futuristic (as expected from a zero-gravity racing game), with nothing too noteworthy save for the tracks themselves, fulls of obstacles, flying obstacles, and lighting signaling various checkpoints; it is sort of reminiscent of certain Mario Kart stages, specially the space themed ones.