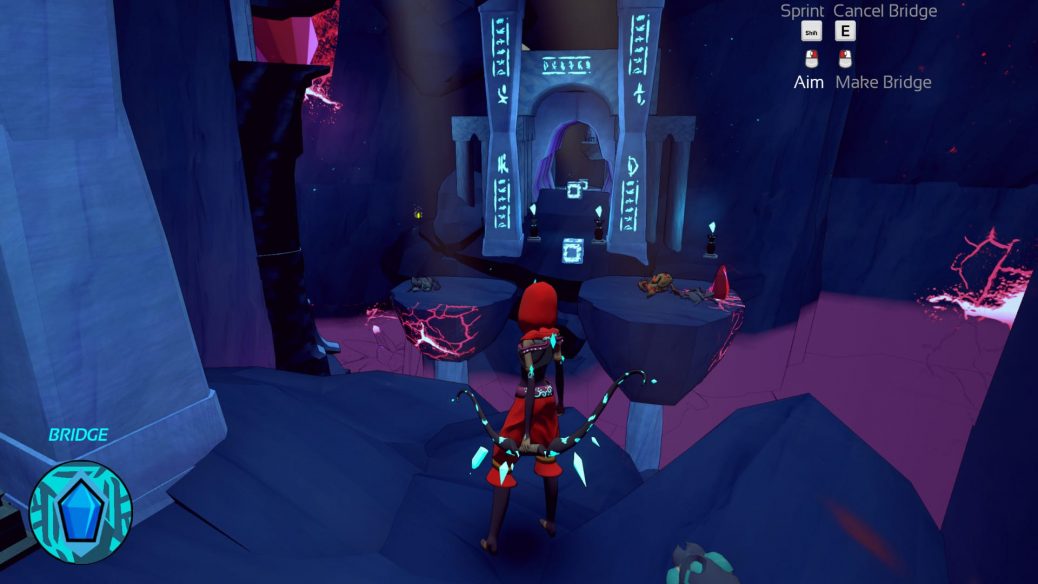 A red-hooded figure ventures into the last remnants of a ruined world. Her bow being her only friend, and the only familiar thing in sight, she looks for a way to bring back the world she remembers.
The now severed ley lines were the link that joined the different parts of Miria’s Heart temple, and in Ley Lines, it is your mission to hunt for these spots, hidden beneath a sea of puzzles.

Of course, such devices are not without power, and as the archer finds them, they will lend her new strength: from creating gravitational fields to slowing down time and materializing platforms, the ley lines’ reality-bending powers are crucial to advance further into Miria.

Ley Lines is the work of Miria Studios, who are actually a group of students working in tandem with the faculty of their college to bring us this free-to-play adventure. The studio’s blog has plenty of info about the difficulties the team faced (reducing the game’s scope is always a smart choice when you aren’t a big company) and the visual progress of it all.

The developers cited Gigantic, a relatively recent MOBA, as their “visual guide”, emulating the saturated colors and dynamic look. From their journal blog, we are hinted Lay Lines’ complete development took about 6 months, making the astounding final visuals even more impressive.

Ley Lines is available now on Steam, for free, and you can follow Miria Studios on YouTube and Facebook. Judging by this being a student project, we can a future as bright as the ley energy crystals for Miria Studios.