Travel a neon-painted Inferno in The Devil’s Eight 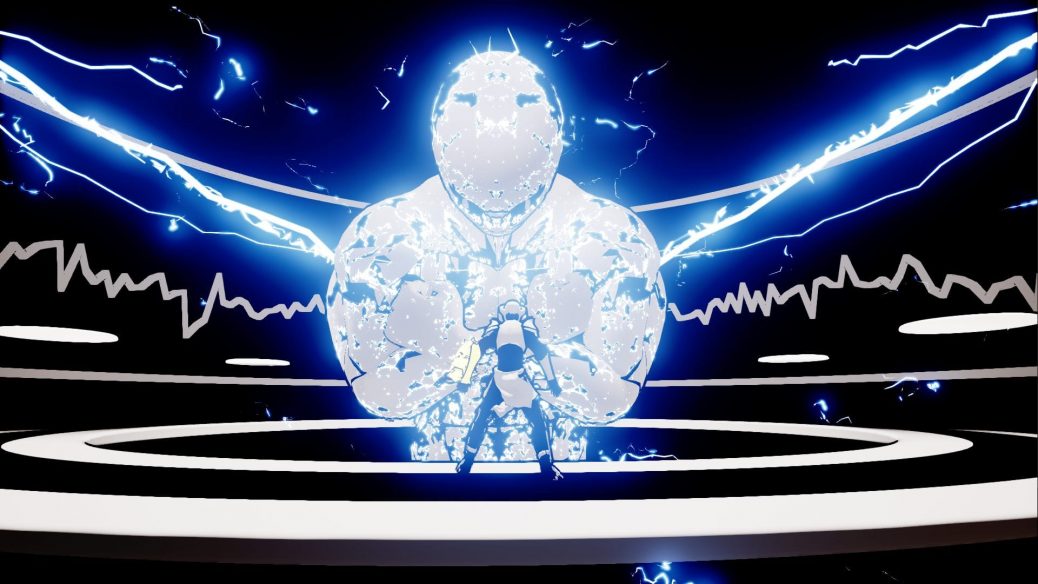 What does hell look like for a gladiator? Maybe he is already in his own abyss, and the only thing the gods could take away from him as punishment, is his power to attain victory.

At least, that’s what the Eight Circles of hell look like in Devil’s Eight, a fast paced, music driven boss rush game; were you play as a nameless fighter, and have only your shield left to fend of the onslaught of the Eight Overseers, the masters of each circle that have stolen all of your powers.

As an unarmored man, the gameplay revolves around reacting to your foe’s movements, jumping and evading their attacks, and ultimately analyze their patterns and use your shield to deflect their assaults. Here, the bosses follow the rhythm of the music, and mastering the beat of sound you will master that of the Inferno.

From the hands of Second Step Studios, comes The Devil’s Eight: a fast paced, music driven boss fighting game where you must fight your way through the circles of hell. The Eight Overseers sealed away your powers, leaving you with only a shield to defend yourself.

The Devil’s Eight’s inferno is notable for its characteristic neon-like look, with soundwave lines in the background serving as additional aid to learn and conquer each Circle’s rhythm. Each Circle has not only its own music, but also different colors which also affect your own attire; so everything matches style wise.

With your offensive options gone, you must master your opponent’s movements, expose their weaknesses, and use your divine shield to reflect their strongest attacks back upon them. Play to the beat of the Inferno as you descend through each circle of Hell, slay its master, and reclaim your lost powers.

The battlefield is a circle, and navigating in the 2D/3D environment becomes increasingly hard as the Overseers’ attacks reach floor and air. Not every attack can be deflected by your shield, and many tricks in the Overseer’s arsenal will just give you a hard time moving around: fire on the floors and thunders crossing the arena are just decoration for their lethal punches.

Upon slaying each behemoth, you’ll conquer a Circle of Hell, and with it, recover a piece of your powers, and a fragment of the Overseer’s memory, that will reveal to you their pasts and their reasons of being. Each circle has its own soundtrack, reflecting the tone of each individual’s past.

The Devil’s Eight will arrive for Windows, Mac and Linux… soon. The game’s launch date is still to be determined, but you can follow Second Step via Twitter. They constantly update the visuals and post art and animations of upcoming bosses, they are getting pretty creative with each Circle’s styling.