Each Game Over gets you further in Dead Cells 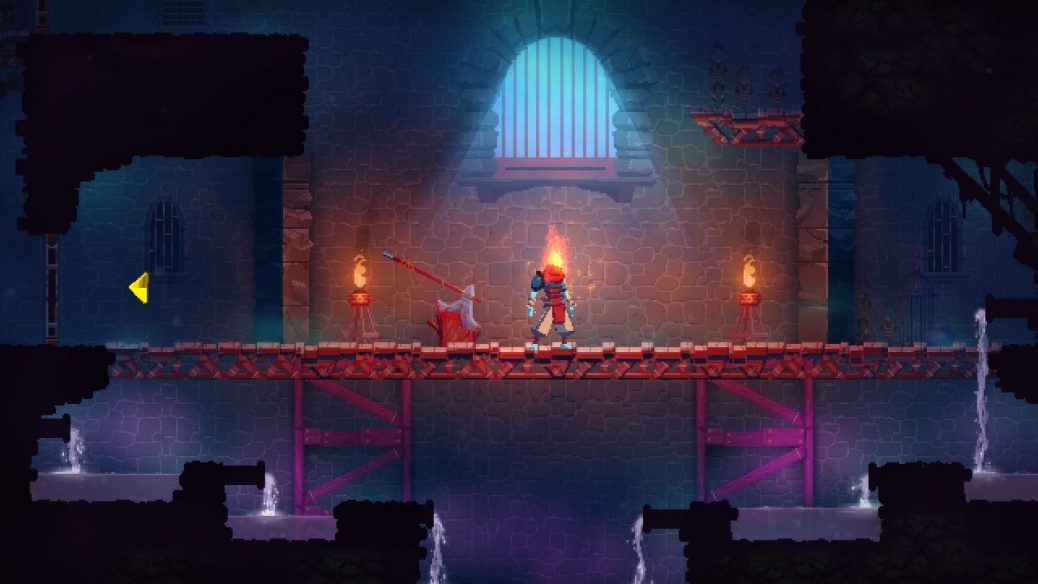 Metroidvania games are amongst gamers’ favourites, thanks to their intense platformer and action elements and, most of all, their meticulous level and world design, which puts all your exploring and 2D crawling abilities to the limit.

However, even the most brilliantly, handcrafted level is but a puzzle with an ultimate answer, and as great as the experience might be, solving the puzzle keeps it solved forever.

Dead Cells is studio Motion Twin’s answer to this weakness. After raking an immense amount of playtime on Steam, these gamers-made-developers took the procedurally generated challenge to create a roguelike with ever-changing levels, weapons, loot and enemies.

Their main inspiration to combine both genres (Metroidvania and roguelike) came from the the power rogue mechanics have on us: lurking permadeath puts us at the edge, since game over could mean anything from losing a life to our whole progress in the game, and this harsh punishment is nothing but a stronger incentive for lots of us to challenge the dungeons again, and again, and again, risks notwithstanding.

The team loved this combination of dread and excitement, citing popular, difficult games like Dark Souls, Castlevania and Rogue Legacy as some of the games in their minds as they developed Dead Cells. Put the 2D magic of Metroidvanias into the mix and you get a Roguevania: an exploration experience where dead is omnipresent, progress is futile, and challenges are ever-increasing and always new.

Dead Cells features the eponymous cells taking control of different warrior’s corpses, in order to take revenge on the master that brought them into zombie-like life. The castle you wake in is filled with abominations, every one as hateful as yourself, but their rage is directed at anything standing in their way, and it’s up to you to explore this ruined place, find weapons that fit your playstyle and take on the undead.

You can’t always beat the beasts, though, and every time you die, your next incarnation will find itself in a slightly different version of the castle.

While this can mean most of your plans for a run get buried, some areas that were unreachable before can become open in subsequent runs, and so, every life the castle takes away from you, can still bring you one step closer to finding he who started this madness.

Dead Cells’ launch date is somewhere in 2017, details yet to be announced, for PC via Steam.