Become one with the sword in Way of the Red 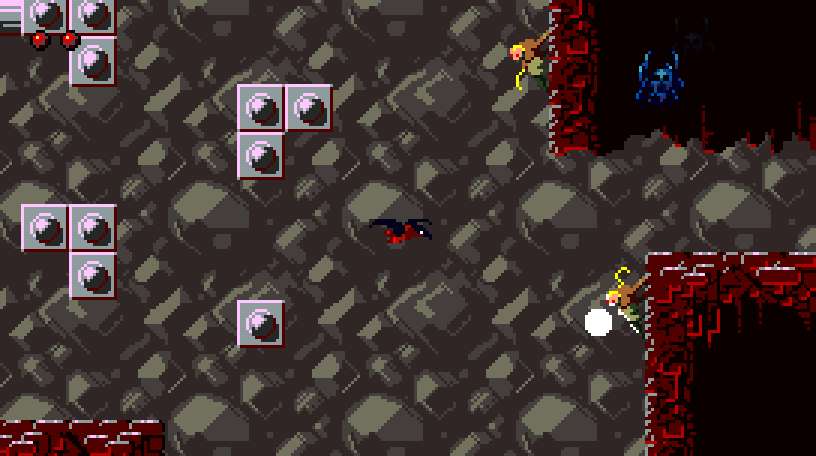 Game genres have each their own “priority”, the thing we look for while playing them: RPGs need an engaging story to keep you in, rhythm games without music you actually like won’t go far, and so on.

Way of the Red is a 2D action platformer were fluid combat and movement are the top priority. Describing itself as a “smooth, modern Ninja Gaiden with Smash Bros. influences”, Way of the Red is just looking to give a satisfying bloodbath experience, with intuitive movement, gravity, and plenty of acrobatic tricks (like the classic wall-climbing and mid-air shooting) that let you unleash all kind of elegant, bloody combos while you cross the hazardous terrain.

Way of the Red tells us the story of the last swordsman in a nearly extinct race known as the bridmen. Bored from the life of a mercenary, out hero goes on a quest for meaning: his goal is reuniting with his childhood love. However, little did he know of the fate of his entire race, and his quest was cut short after being shot down by a group of slave hunters, specialized in trapping birdmen.

Now, with his wings clipped to his back, and his trusty sword taken from him, our hero learns his loved one is one of the many taken custody by the sadistic king, who is looking for the mysterious “red seeds”, capable of mutating birdmen and enhance them into live weapons.

And so, in order to reunite with her and recover his liberty (and that of his whole race) he must escape his enslavement, get a new weapon, and start dismembering the whole operation.

Action games’ formula seems simple, but the one thing we don’t get quite right is always the controls; indeed, when you think of classic action games like Megaman or Ninja Gaiden, the first thing that comes to mind is the feeling of moving with grace between enemies (and their projectiles), because you just know the controller is doing exactly what you want (and need) it to do.

Way of the Red knew this, and the result is an extremely elegant gameplay, backed up with an actually interesting story, visuals reminiscent of the NES era, and all the gore you could ask for. And the game was made by a lone developer in Game Maker Studio and Paint.net; talk about hard work!

You can get Way of the Red in Steam right now, and put your hands in the most satisfying sword game in a while.