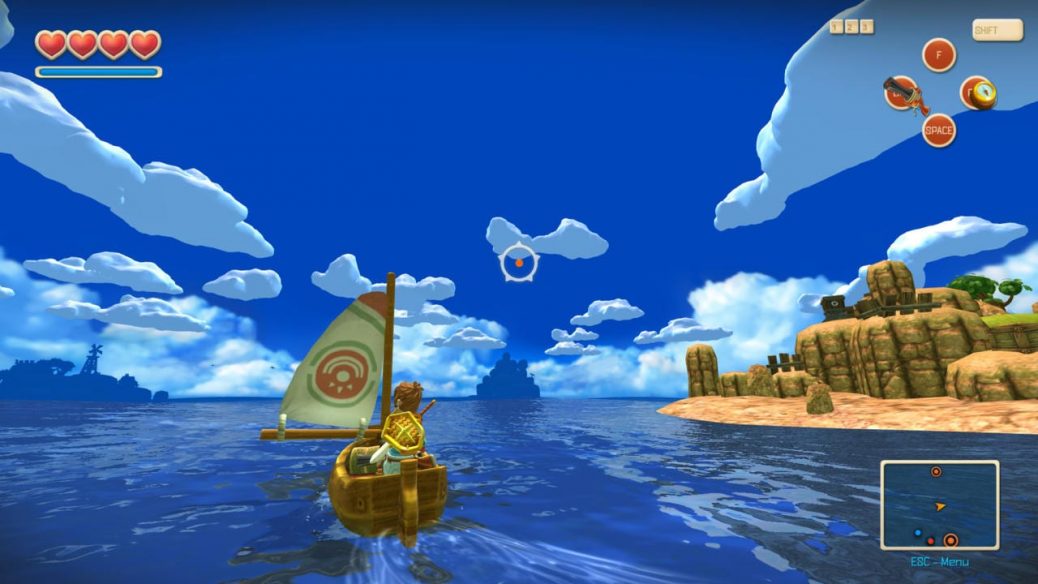 Oceanhorn: Monsters of Uncharted Seas has been out for some months now. After launching on desktop and iOS, the action-RPG made the jump to PlayStation 4 and Xbox One last month.

The game quickly gained traction due to it’s smooth visuals and gameplay, bringing back the classic action-RPG popularized by The Legend of Zelda, the Mana series and more, with worlds full of items, puzzles, gargantuan bosses and battle-filled rooms.

Now, with over 1 million overall downloads, the dev team is ready to bring this Zelda-inspired game to its source: a Nintendo console.

FDG Entretainment announced Oceanhorn’s Nintendo and Android ports are in the works, but they didn’t want to spoil which console they refer to. While it’s likely the NX, a lesser port for the 3DS can’t be ruled out, considering a Vita version is also planned.

No release dates for any of the platforms yet, though.

Cornfox and Bros (Oceanhorn developers) seem to like throwing loose announcements, as Oceanhorn’s sequel, Knights of the Lost Realm, is already announced and they even stated the game would switch to a third-person view (which will radically change the puzzle’s nature).

For now, we can only wait for more detailed announcements. A Nintendo port, just like a well done Vita port, can bring whole slew of new mechanics to the game, since the puzzles now have extra tools to work with (touch screens and double screens).

In the meanwhile, you can always explore the Uncharted Seas in it’s Steam, Mac, PlayStation 4 and Xbox One editions.