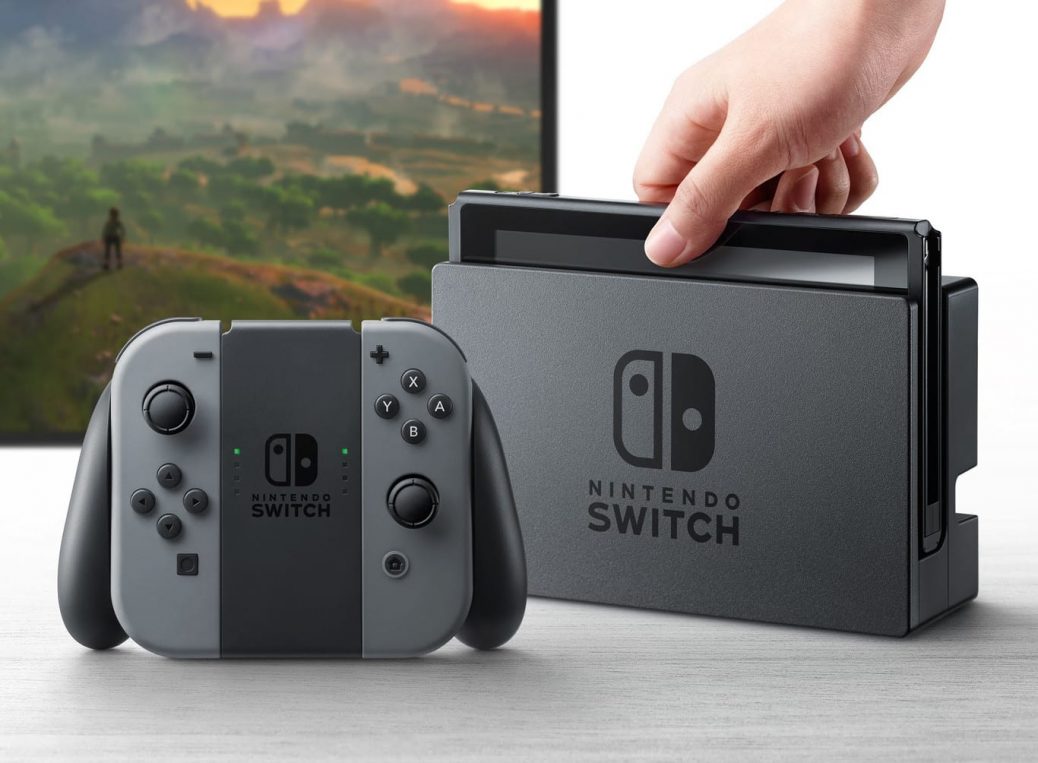 It almost felt like a game of chicken. After multiple reveals from Microsoft and Sony, everybody was wondering whatever happened with Nintendo NX. Now we know they were assembling a bomb.

Nintendo Switch is an hybrid of handheld/tabletop console, but done better than the WiiU.

The “Switch Dock” connects to your TV, there resides the real console: a single screen with detachable side controllers.

Going out? Just take the console out of the dock, and enjoy the full experience, only on a smaller screen.

The “Joy-Con” controllers can be taken out of the console, so you can put the screen neatly in a table and play either with them as if they were totally wireless Wiimotes, or put them on a special “Grid” resembling classic controllers.

Each Joy-Con works alone, too, and while usual single-player games will require both controllers, other games let you use one controller per player, or combine a big number of controllers for multiplayer experiences.

And if you somehow don’t like them, fear losing them, or anything, Nintendo will sell special “Switch Pro Controllers”: one-piece, Xbox-looking controllers for a more traditional gameplay.

The use of cartridges gives us smaller loading times, and ensures a higher protection against piracy. It could impact the game’s prices, but it’s just speculation.

The most shocking aspects of Nintendo Switch, though, are easily the third parties.

First, Nvidia is back in the game, literally, with the Tegra chipset, which they claim can bring the Switch all the way up to 4K output. In their own words, Nvidia has 500 plus engineers working with Nintendo in order to face the challenges of powering both a handheld and domestic console.

Developers also get a piece of the cake, as Nvidia is re-hauling their engines, tools and libraries to push the new hardware to it’s limit.

Even less expected, was seeing The Legend of Zelda: Breath of the Wild, which many nicknamed “Nintendo’s Skyrim”, sharing screen time with the actual Skyrim.

Nintendo has seemingly changed his partnering policies, and this time, companies like Bethesda, Bandai Namco, Ubisoft, Electronic Arts, and many more will be launching games in a Nintendo console.

Just a day ago, playing Dark Souls on Nintendo sounded ridicule; now the future looks bright (dark?) for it.

The full specs are still pending (the battery life of the handheld mode could be a game-changer, for example), but Nintendo has made clear we’ll get full game demos and a complete launch title list before March 2017.