Japan gets the Mini Famicom, with 30 retro games bundled 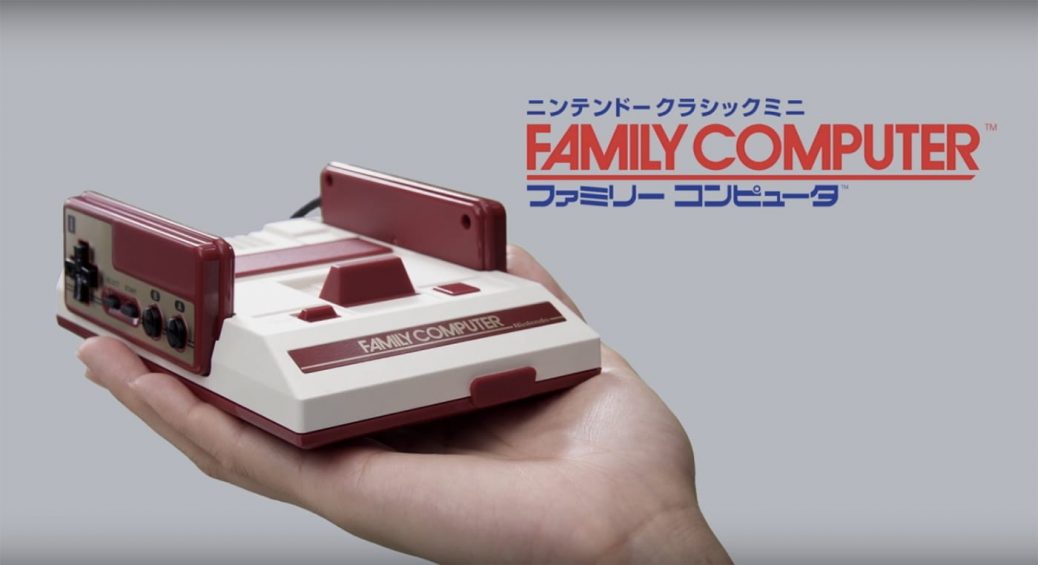 To accompany the west’s release of the NES Classic Edition, Japan will get it’s own Nintendo Classic Mini: Family Computer (AKA Mini Famicom).

The chibi console connect to your TV via HDMI, and will include it’s own wired (and tiny) Famicom controllers as well as a 30-game 8-bit catalog.

Special features include Save Slots, so you can suspend your game anytime and come back later to the same spot (this blows away about 90% of the frustration from the NES days), and multiple display options: CTR screen (yes, awkward white lines crossing it and all), 4:3 resolution, and “Pixel Perfect” HD glory.

New HD pixelated magic to the left, Virtual Console counterpart to the right.

The game roster includes many Japan exclusives like the original Final Fantasy III, which we didn’t get until almost two decades later, and River City Ransom, which was actually released outside Japan, but ok.

Even then, both include classic games spanning all of the console’s life, from Mario Bros. and Donkey Kong all the way to Kirby in Dreamland, Castlevania and Ninja Gaiden (sorry Captain Falcon, this wasn’t a Smash Bros reunion after all).

The Mini Famicom will be released November 10 in Japan, for JPY5,980 (around USD59), plus another JPY1,000 for an AC adaptor if you don’t have one. If the name is any indicator, we could get Super Famicom/SNES editions and up somewhere in the future.

Here is the full catalog. You’d think Dragon Quest, Super Mario Bros. 3 and Contra would have made their way here: