Home 2016 September Fight for your sanity in Sundered, a hand-drawn horror epic 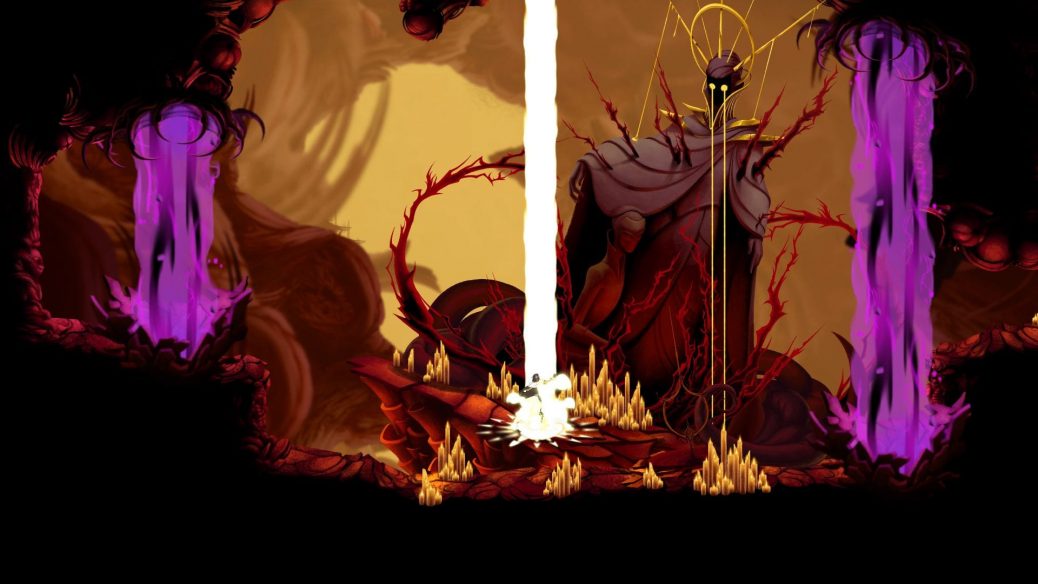 “Whoever fights monsters should see to it that in the process he does not become a monster.”

It’s been 2 years since Thunder Lotus Games released Jotun, the acclaimed barbarian epic that stood out thanks to it’s beautiful hand-drawn graphics and gigantic bosses. It was a commercial success, and gave the studio the cushion to release their “sophomore” game.

Meet Sundered, which took the most popular elements from it’s predecessor, but shifted away to a Metroidvania gameplay to explore the history of Eshe, a wandered in a ruined world where the only fight eclipsing that against the abominations around her, is the fight against her own insanity taking over:

The eldritch horrors are impervious to normal weapons, leaving Eshe with nothing but corrupted relics to hunt them down (which enhance her abilities as they eat away her sanity). The enemy hordes and giant bosses were a given, but their gross appearances just seal the deal.

Paying attention to the scenery, you’ll notice an emphasis on disfigured monsters and religious-resembling imagery – some scenes look straight out of surreal paintings.

The game is still in early stages, but Sundered is set to launch somewhere in 2017 for Windows, Mac, Linux and PlayStation 4.