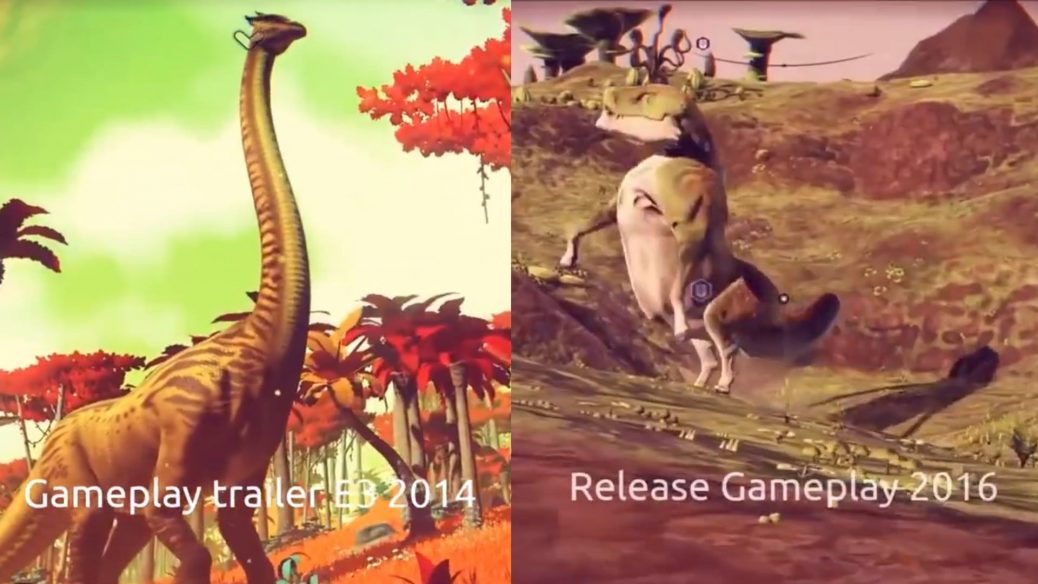 With most major releases nowadays coming form AAA companies, No Man’s Sky was not only a fresh sight; the indie game grew expectations like nothing else before on the gaming world.

At it’s launch the game peaked top at Steam and PlayStation 4 downloads; with a registered number of 212,312 players the first day. When by Monday next week only 60,000 were left it was a very clear warning sign.

SteamCharts give us a good look of the game’s (d)evolution since it’s launch. We can see players leaving the game at an alarmingly fast pace. As it is right now, you’ll likely see the “playing an hour ago” number anywhere between 1000 and 2000 people.

Now, to be fair, those aren’t bad numbers… if you are, say, a modest title like the Mad Max game or something on the rise like This War Of Mine…

But click hover your mouse over the graph, and you’ll find out No Man’s Sky losing about 1000~ players per day.

How many players are left, again?

Reasons for this come in all forms and sizes, from the multiple issues running it at all on PC, to the glaring glitches, to the promised worlds that yes, were indeed unique in their rock placement, but otherwise were mostly barren wastelands, to the RNG tasked with creating the species going all Frankenstein, and to the “multiplayer? What multiplayer?” fiasco.

The game is still breaking some records though, as Steam has toughened up its rules about refunds after the unprecedented barrage of players asking for their money back.

After being the top dog last month, the only reason we got for thinking the PlayStation 4 version is still faring better is Sony’s refund policies are draconian enough to maybe make players consider waiting for a miracle patch.

Maybe Hello Games would’ve been better off taking the Undertale approach of silently launching and then crawling into awesomeness as people discovered the game.

It’s unfair to compare both games in the sense No Man’s Sky was infinitely more expensive, but then again, it became so expensive partially for the marketing campaigns behind it, and for the graphics work that had to go to support the promises made in the campaign.

A more modest approach might have saved Hello Games all the hassle, as now they are pretty much blacklisted by players. All in all, No Man’s Sky is a case study for many things, but let’s end this saying time is the best judge, and a way better advisor than pre-sale stats.