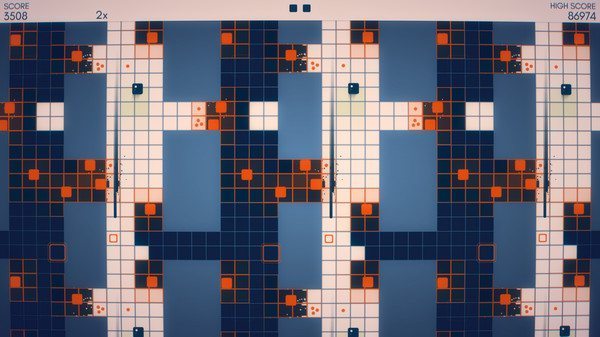 We’ve already covered Inversus. Its the polar opposite of controversial indie games like No Man’s Sky and Mighty N° 9: a game that’s happy standing quietly in the crowd, which took one thing (space control) and added just enough to it.

Growing on it’s multiplayer potential, Hypersect studios has released version 1.2.0, an update that brings a bit of color and a more social aspect to the game.

The game already uses graphics all too well: with only 2-3 colors on screen, you get all you need to both navigate and aim at light-speed (vital when the mazes themselves change drastically with each shot). More specifically, we got:

Hypersect also fixed some bugs with rendering and graphical issues.

While little, this update could define Inversus future, as a tad more popularity would do wonders with it, considering it has all the right tools to succeed as the multiplayer of the year. Working on the social aspect is just natural.

Currently, only Steam users have this update, but it’s coming to PlayStation 4 soon enough.