From the legendary Civilization, going though Age of Empires and even Risk, strategy war games have kept a very special place in our hearts.

They turn the “uninteresting” parts of history in epics keeping us on the edge of the seat, they spark our passion for knowledge and makes us see the beauty of understanding the past in order to forge a future.

Well, now you can go all the way, relieving the World Wars history, seeing the rise and fall of nations, and then traveling to the stars to conquer the galaxy.

If you could stir the wheels of history…

In Making History, Factus Games most prominent franchise, you can use literally everything in order to grow your nation into a world-dominating potency. International Trade, religion, culture, technology, militia, diplomacy… you get the idea.

Based on more abstract games like Risk, Making History let’s you command a nation of your choosing during different periods of the World War I and II, and it’s up to you to pave a way to victory amidst international pressure and regional struggles.

Every turn, you get options that can either affect your relationship with other nations or better/worsen your own infrastructure.

Opening and blocking trade routes, making allies via diplomacy or subjugating neighbors with your militia are commonplace decisions, but strong decisions never come from weak nations.

Will you choose to invest in technology to win the arms race, increase your industrial strength and make you the most desirable economic ally, or are you too busy dealing with rebellious, inside factions? In this game, growth is not only about numbers, but about your people.

And remember to keep an eye on everyone else – they are already doing it to you (“they” can be either the AI, or up to 8 real players).

The best part, learning to conquer a world…

…It’s all you need to rule ‘em all

For a power maniac, Galactic Civilizations is the natural next step. From the hands of developer Stardock Entretainment, this franchise is a combination of sandbox and strategy (fitting for an interplanetary quest).

In Galactic civilizations you start with a single world, and this time your diplomatic, economic, political and military, prowess will take you all across the galaxy.

However, this time there is an ideology layer to your choice making: as every decision is taken, your colony get certain points towards an specific ideology and moral code. This unlock certain abilities, planetary improvements and bonuses depending on the mindset your people grow with.

Of course, now tech plays a more important role, as your research will define your civilization’s ability to explore distant worlds. Every world has a technology tree, representing their advancement on different areas of research, and defining the abilities, improvements and ships available to each colony.

Speaking of Starships, they are ever present in both commercial transport and military battles, so you need to keep buying, selling and customizing them. Galactic Civilization’s ship designer is known for being among the best of it’s genre.

This is even more important when looking for otherworldly resources (radioactive minerals, alien tech, etc.) as these can vastly improve your own technology and constructions, way more than anything you could do with just a single world’s materials.

To add the cherry to the customization aspects, Galactic Civilization mods are easily created, and can be uploaded to Steam Workshop! There are already many interesting mods, and you get to enjoy them in both solo campaign and multiplayer.

Our friends at Gamersgate have Making History and Galactic Civilizations at a discount for a limited time – and we mean giant 50%+ discounts until September 12th.

You can snatch any Making History title for less than 20$. Making History Part I to III explore different stages of the World Wars, with additional chapters were you control Germany during the Reich’s rise to power. 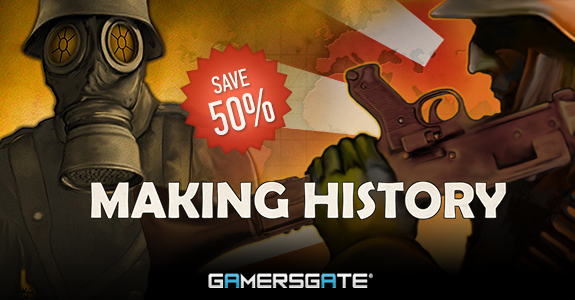 On the other hand, you can get not only Galactic Civilizations, but any of Stardocks HUGE repertoire (Ashes of Singularity is something you should check out) for less than 10 bucks a piece. They have developed in more genres, but with the Lead Designer of Civilization IV on board (Soren Johnson), it’s hard to avoid recommending their strategy games over anything else (though Demigod seems like an intriguing MOBA). 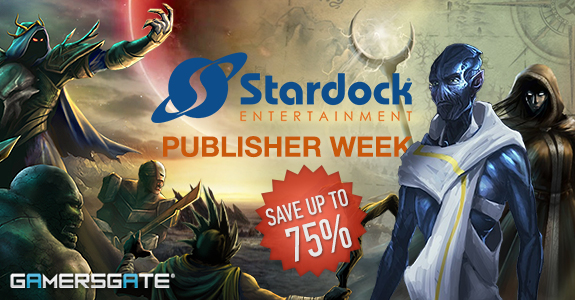