Xbox Scorpio, VR, and the end of Console Generations 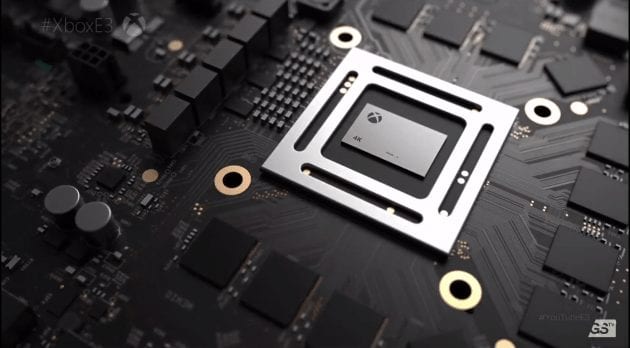 Xbox Scorpio is the latest console Microsoft revealed at this year’s E3. Despite it’s name, it’s actually the 3rd stage of Xbox One’s evolution, right after the Xbox One S.

Engadget had an interview with Aaron Greenberg, Head of Xbox Marketing, about this new console, some doubts players players had about game exclusivity, and the future of console generations.

”We don’t want anyone to be left behind”

For one, he clarifies some statements made at the E3 of how the Scorpion wasn’t getting exclusive games , how all Xbox Ones would coexist as the same console in terms of backward compatibility, and VR support:

So, the idea is that every new “game” will be backwards compatible with all Xbox Ones, thus eliminating the exclusivity of Scorpion games (must note, this has nothing to do with “Sony vs Microsoft vs Nintendo” exclusives).

The catch is that Virtual Reality projects aren’t considered games for this policy (not that it could be any other way, as Scorpio will be the fist Xbox to be VR compatible), so Scorpio will have exclusive titles, if only VR ones.

“We’re saying, if you bought games and accessories for your Xbox One, or you buy an Xbox One S, those games and those accessories are going to work on Project Scorpio. When you think about backwards compatibility and our games lineup, we want gamers to know that when they’re ready to upgrade to Scorpio, that content will go with them. That’s our promise and commitment around compatibility.”

While interesting, the whole VR thing isn’t very relevant right now, with most studios sticking to PC or console development, and unless we see an exponential growth in VR development, by the time this limitation could cause some friction among Xbox players, Scropio might be the one leaning on it’s predecessor’s backward compatibility.

“Everything you have continues forward and it works”

More interesting to note, is his (and Microsoft’s) idea of maintaining players on a “single ecosystem”, where they just need to upgrade small parts while all their prized content is kept both intact and ready to play in all upcoming consoles:

“I think it is … For us, we think the future is without console generations, we think that the ability to build a library, a community, to be able to iterate with the hardware, we’re making a pretty big bet on that with Project Scorpio. We’re basically saying ‘this isn’t a new generation, everything you have continues forward and it works.’ We think of this as a family of devices.”

Taking a page from mobile and PC gaming, Microsoft seems to be aiming at maintaining a loyal customer base, and not forcing them to acquire new consoles outright, but instead offering them little, gradual upgrades in both software and hardware.

If you think Xbox One to S to Scorpio are large hops, remember when the PS3, Xbox 360 and Wii came along and you still kept the “previous gen console” around because backward compatibility was, if possible, very tardy to come, and god knows how many old games you still got. Nintendo’s Virtual Console, Xbox Live Arcade and the PlayStation Network succeeded once they gave focus to porting classic games.

”We know a lot of gamers are multi-device gamers”

Aaron also talks about the gap between Xbox and PlayStation sales, stating that, while Sony might be winning with 40 vs 22 million units sold, the company is more than happy with the actual health of sales, and rather than closing the gap in sales, he is more interested in closing the one between players and their games, with projects like Xbox Play Anywhere (buy a single game for both Xbox and Windows):

“We’re innovating in a way where we know a lot of gamers are multi-device gamers — they don’t just buy one system — and so we want to be able to have the same types of experiences on Xbox Live, the same games, the same friends, both in the living room on their console or at work, on vacation or at school on their PC. You should be able to stay connected, and play the same games through things like Play Anywhere. That’s really been where we’ve been focused.”

All in all, he seems very satisfied with both the present and future of Xbox, and expects the Scorpio to revolution the console landscape.

While Sony stays strong in the “Don’t fix what’s not broken” mentality, we see both Nintendo and Microsoft taking their own points about what consoles might look on the near future, both focusing on the fortes of consoles vs mobile devices (beating PC at the compatibility or modularity games might be a lost cause).

With Microsoft adopting the mobile updates model to keep players happy, and Nintendo working on a module system to expand the console capabilities, can you imagine a future where we get the best of all deals? Will the consoles of the future be more than glorified gaming PCs?

Speaking of innovation, we recently got some leaks about Nintendo NX’s new modular design, but we are still waiting Nintendo’s official pronunciations on NX or the policies it intends to carry forward during the next years.