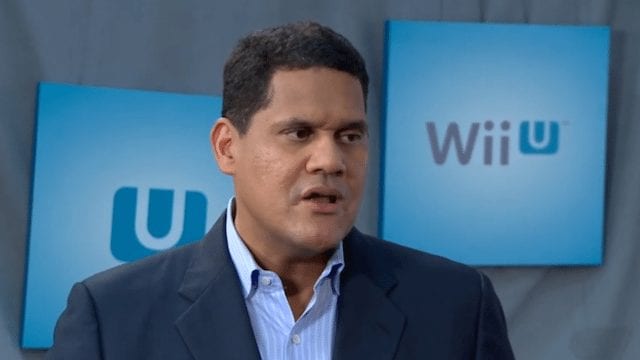 Reggie Fils, president of Nintendo of America, has revealed in an interview some of the mistakes Nintendo admits about the WiiU and what have they learned for NX’s launch.

Speaking with Atlistday, Reggie talks about the past and future of Nintendo, their goals with NX and other products (like mobile games) and about Nintendo’s position in the market.

“Every time we launch a new platform, every time we launch a critical new game, we always learn. We always do our breakdown of what worked, what didn’t, and certainly we’ve done that with Wii U, and we continue to believe that the innovation of the second screen was a worthwhile concept.”

Reggie affirms WiiU’s problems weren’t of quality, but of communication and connecting with the fans, saying “we have by far the most unique games that are highly rated by consumers and highly rated by the media” but also pointing at the lack of frequent releases and misunderstandings with the audience about what the console wanted to accomplish.

Speaking about how the mistakes made in the WiiU affect the NX: Reggie recognizes they “(We) have to do a better job helping people to understand its uniqueness and what that means for the game playing experience”, while also acknowledging a non-optimal software planning as the cause of the lack of continuous great games.

Reggie goes on to note the lack of NX on the past E3, stating that the time of the event did not align with the NX’s launch plans, and that’s why Nintendo fell back to TLOZ: Breath of The Wild for the show.

With those, Nintendo is looking to broaden their horizons, reaching for the Millennial families “who grew up playing our product and now have an opportunity to pass on that love to their kids”.

Nintendo NX is set to launch on 2017, and we still don’t even know for sure which event will see the console’s proper announcement. All we know directly from Nintendo are statements about how it will be a brand new concept that’ll revolutionize the console landscape.

Rumors and presumed leaks have shed some light on the NX’s design, things pointing for a modular and portable console, vastly different from what we have now, but more akin to the ideas Microsoft and Sony, too, seek to implement in their upcoming hardware.