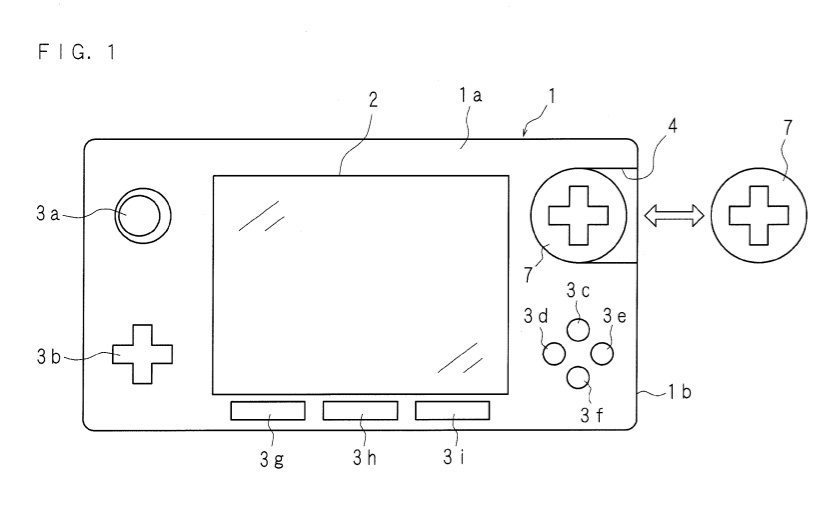 Considering we live in the same world as Reddit and Wikileaks, Nintendo’s NX’s development has been a surprisingly well-protected from eavesdroppers.

Indeed, aside from Nintendo’s scarce official announcements, we have only gotten peeks at the company’s plans thanks to internet users noticing updates in the patents originally registered all the way in late 2013, before being finally published in 2014.

The most recent update reveals various controller “modules” that can be detached and swapped to the main controller, which resembles the WiiU’s pad.

While the first image shows a familiar controller with a single module slot, later images show a much more flexible controller, with up to all it’s inputs coming from sticks, pads and buttons you slot in yourself.

The images actually follow a general premise the NX seems to be aiming for: the flexibility and portability, before with the option to play with or without a TV (a feature prototyped with the WiiU), and now with the freedom to configure their controllers.

If these ideas are not only samples and do reach the production stage, Nintendo would once again innovate the controller world – the Xbox Elite Controller had a similar idea, but you can only swap buttons and sticks for other buttons and sticks with slightly different features.

A proper modular design could allow developers to go ham with their games and release specialized hardware like in the old days of Bongos and Zappers, but with the ease of the console already fully supporting such a thing.

While it’s extremely unlikely considering Nintendo’s history, an SDK akin to those of VR Headsets could be a possibility, and with it, better support for indie developers, if only for the virtual console. While this isn’t Nintendo’s style at all, but neither were mobile games, and look what came out of that.

The NX was first announced in March 2015, it scheduled to launch March 2017, and aside from telling us it will be a “brand-new concept” Nintendo has done some black magic to keep secrets inside the company. So far, if these patents are to be believed, they are keeping their word.