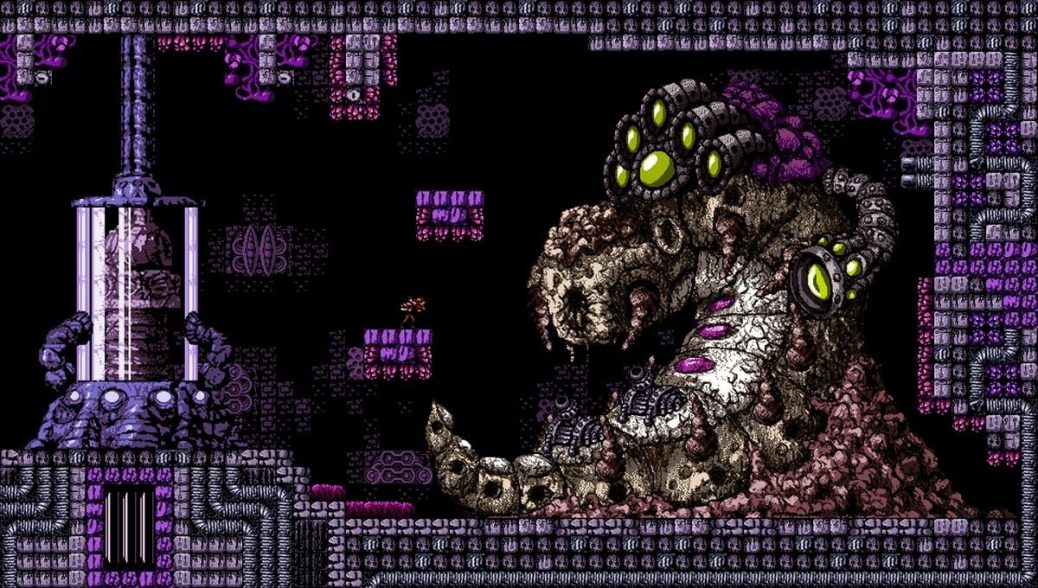 After it’s launch for PS4, PC, and recently Vita, Axiom Verge received nothing but critical acclaim, becoming the poster child of how Metroidvanias should be done.

But this September 1st, Nintendo fans shall, at last, rejoice. Thomas Happ, creator of the game, has announced in his personal blog that date will see Axiom Verge launching on WiiU.

The WiiU was among the roster of consoles Axiom Verge was planned to launch for, but due to “development difficulties”, Thomas Happ couldn’t finish a Nintendo port of his masterpiece, instead relegating the hard work to developer Blitworks, who just finished the version we will get this September.

“When I first announced Axiom Verge about 4 years ago, there was tremendous excitement from Nintendo fans who had been waiting for years for a true 2D Metroid-style action/adventure/exploration game.”, says Happ.

It was hard to not be sorry for Metroid fans, with Other M being the latest installment of the franchise (not a bad game, but a far cry from the main series), the taking-down of the excellent Metroid 2 Remake Fan-Project and Federation Force’s announcement eclipsing any hope for another 2D classic Metroid.

Happ is very happy about the launch, not only because Nintendo games where his source of inspiration, for both experimenting with game design and coming up with this little gem, but because, in his own words, WiiU’s version “is probably the best one”.

“It’s the only console version to support leaderboards for the dedicated Speedrun Mode. And the Wii U GamePad will allow people to have the world map viewable at all times without pausing the game–or to play Off-TV.”

Happ talks about the roots of both Axiom Verge and his own career (AKA the cool things he did by messing with NES cartridges and a Game Genie) in his blog.