Before I reveal what I lifted off TODAYonline, I have to say, I neeeeed to re-illustrate my avatar. Okay then, moving along now…

LinkedIn examined over 259 million profiles on its social network to determine 10 most popular job titles today that barely existed in 2008.

Apple announced the iPhone in 2007 and 3rd party development for iOS took off in 2008 with the release of iOS 2 and the App Store. 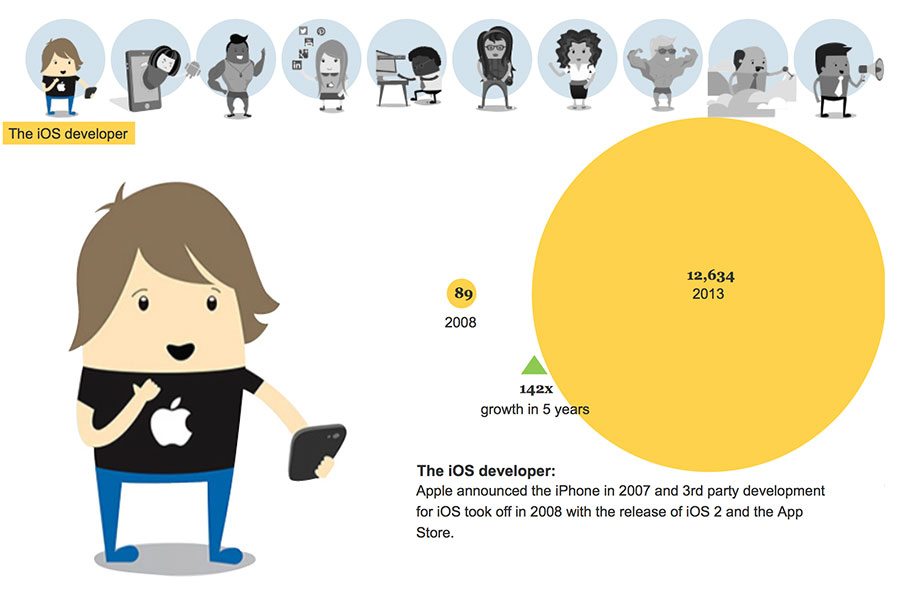 Google’s Android platform was also announced in 2007, with the release of the first Android-powered handset in 2008. 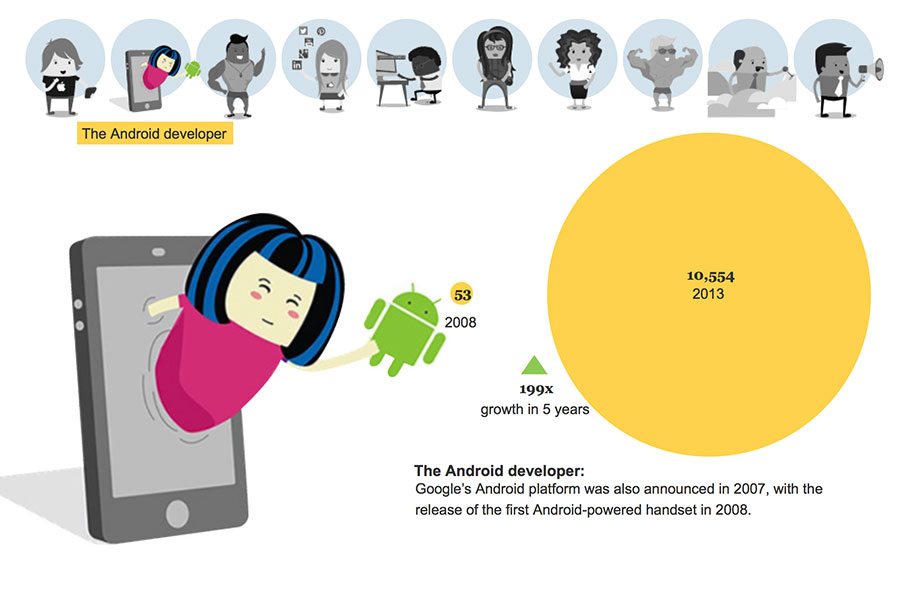 Zumba started in the early 2000s and quickly gained traction in 2007 as fitness centres started popping up all over the United States. 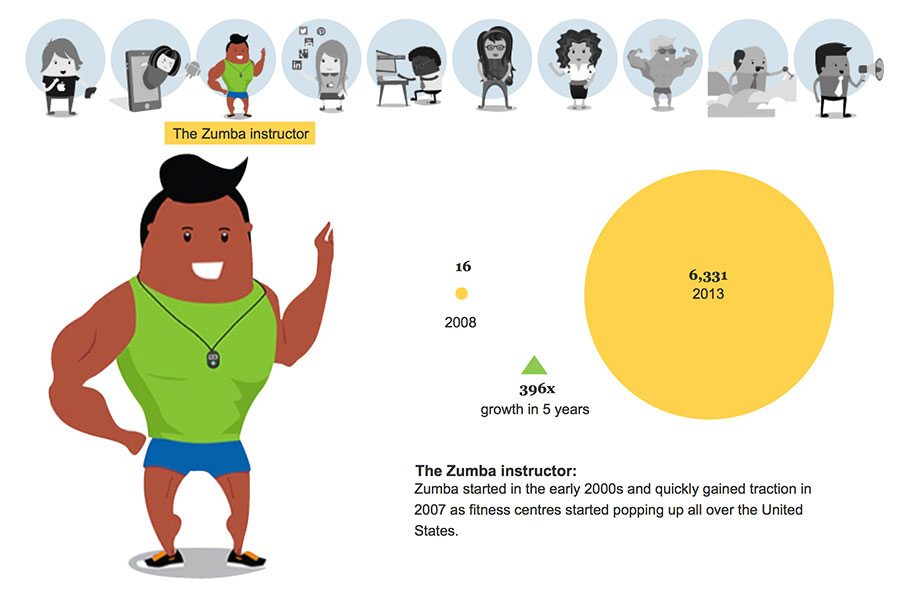 LinkedIn, Facebook, YouTube and Twitter were all founded between 2003 and 2006. There networks really started hitting their stride after 2008 and are currently at peak popularity. Not a shocker that this is a surging profession. 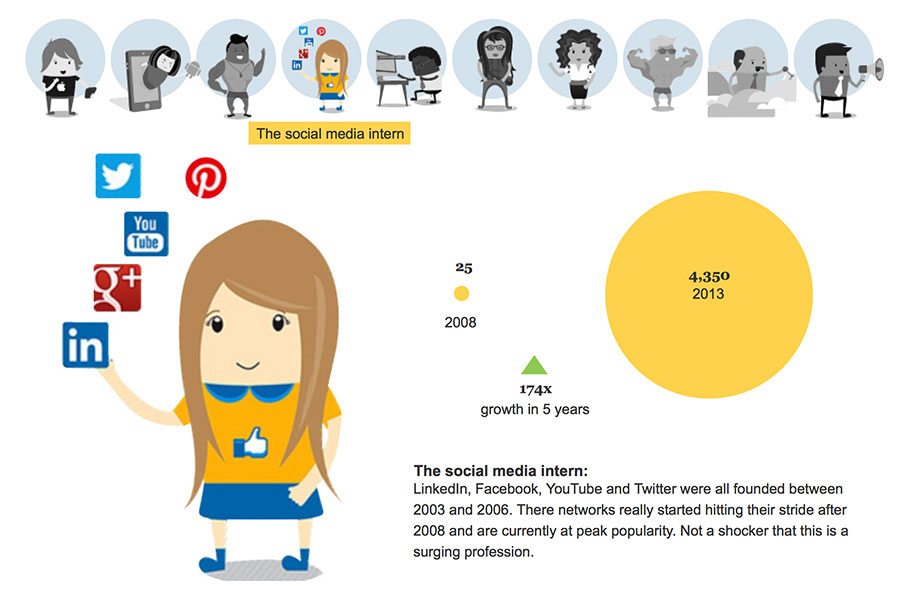 Our digital lives have created an overwhelming flood of information. In the last five years, data scientists have come to the rescue by trying to make sense of it all. 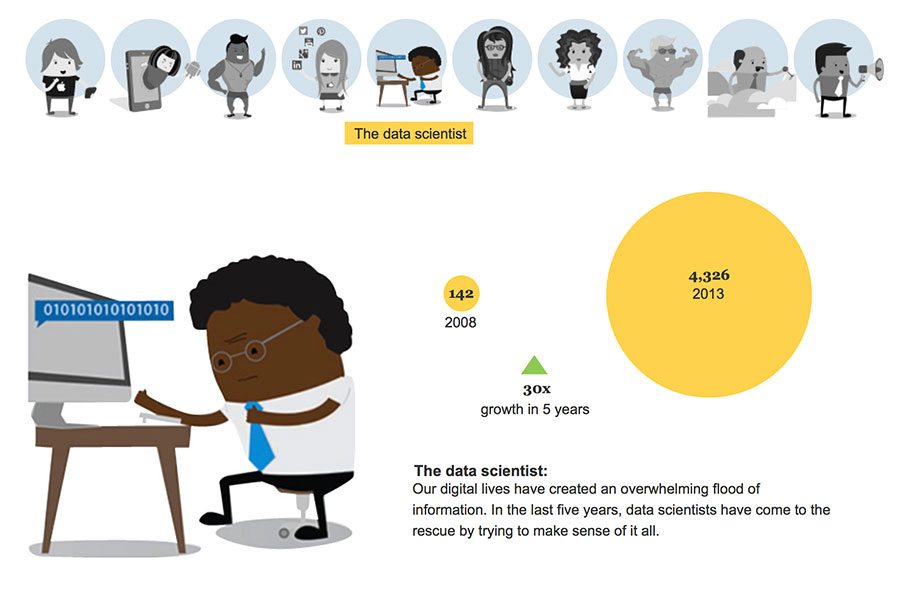 User interface and user experience designers focus on making our technology pleasant and intuitive to use. Seeing as our lives depend on interacting with technology, it is no small wonder UI/UX designers are in hot demand. 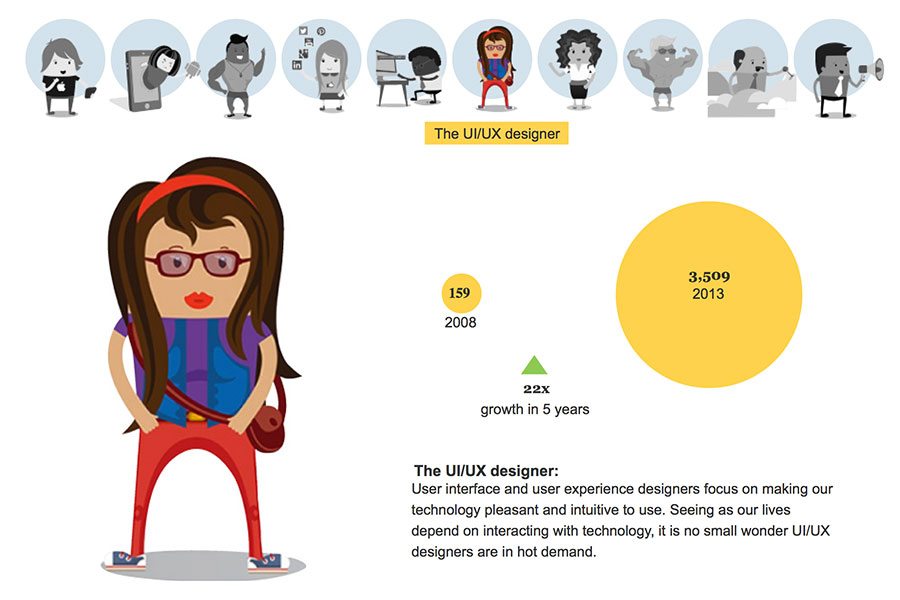 Although it has been around for at least two decades, the concept of big data took off around 2008. That year, the Computing Community Consortium published a white paper, which propelled the term into the limelight. 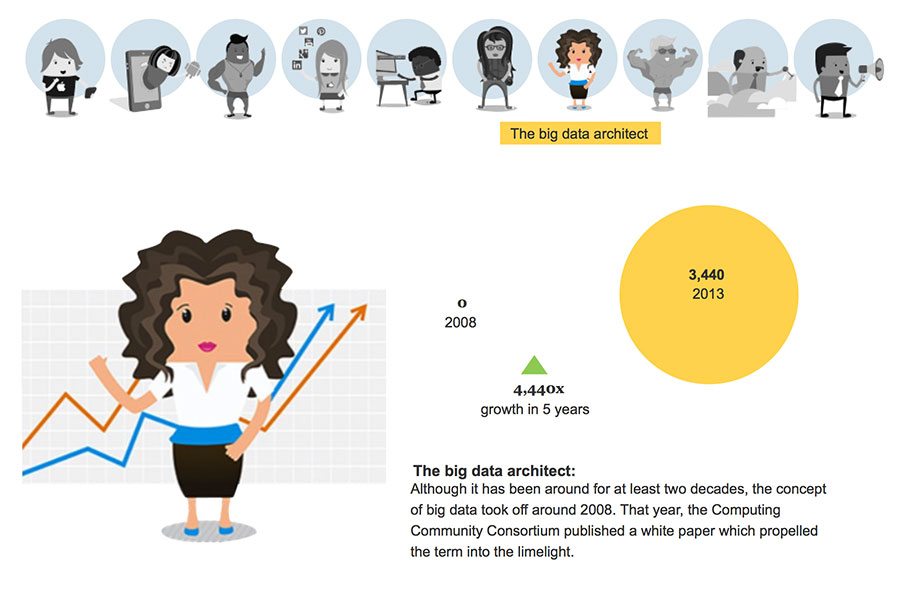 Beachbody coaches are distributors of fitness products produced by Beachbody LLC, the most famous of which is P90X, launched in 2004. 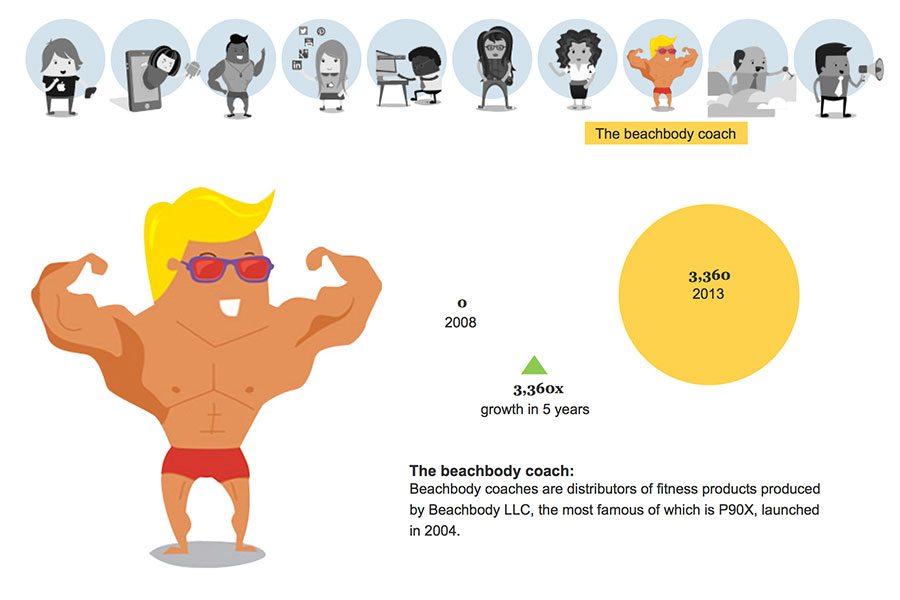 Salesforce.com and Amazon.com were the two companies that introduced cloud computing to businesses throughout the early 2000s. The stark contrast in the number of jobs shows how popular and reliable cloud services have become. 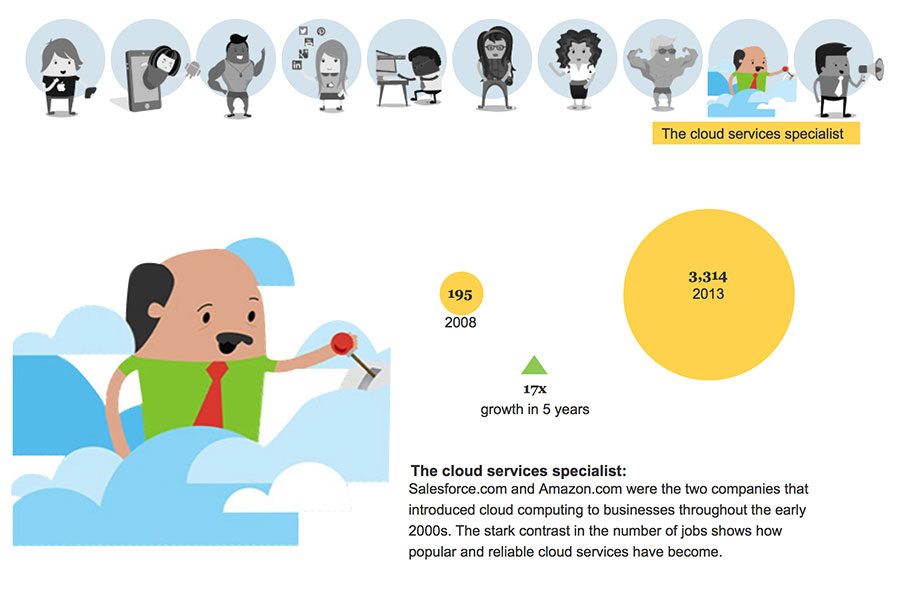 Social media and digital marketing have become significant facets of many businesses (and we’re pretty glad that’s the case!). 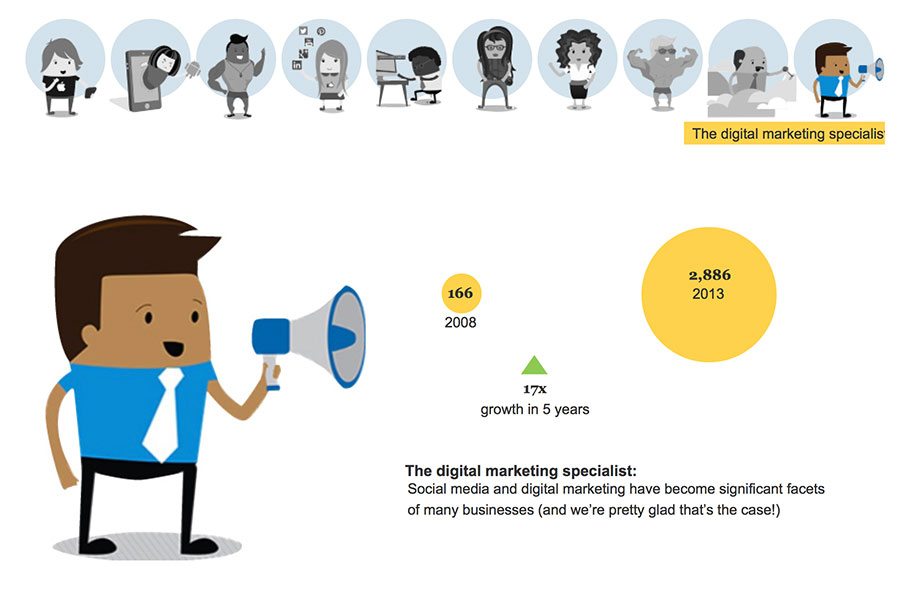