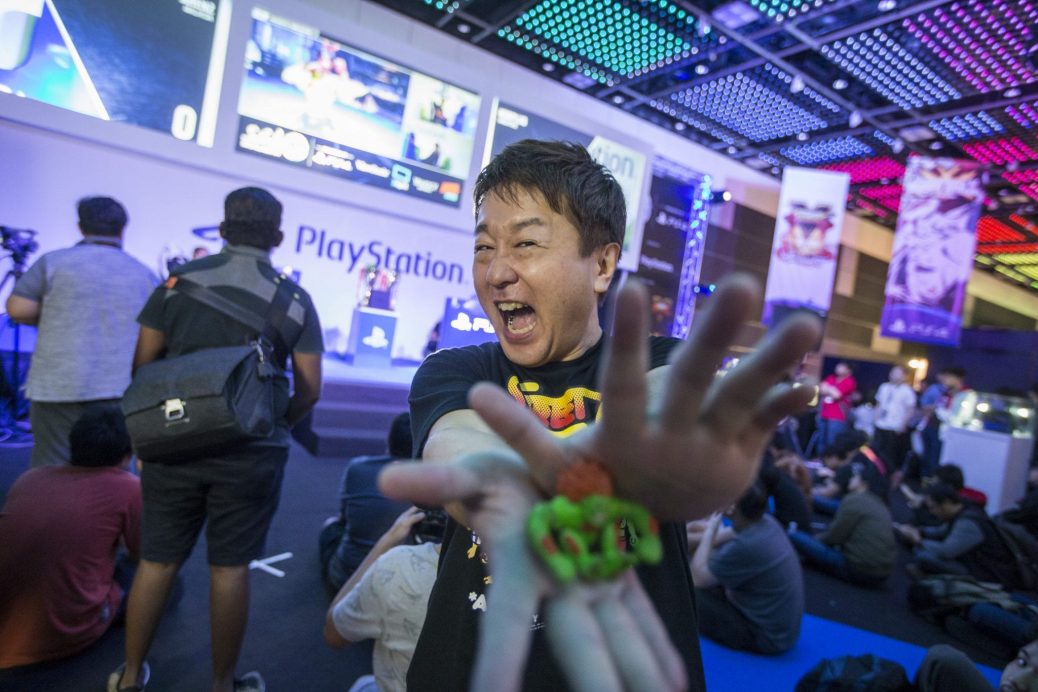 During 3 days, people in and out of Singapore attended GameStart Asia 2016. Let’s recap what happened in the biggest gaming convention of the year:

The queues were gigantic, but staying up all night is hardly a problem when most people are packed with a console. You can’t help but imagine some of the players practicing for the upcoming competitions.

Not to mention they were greeted with office chair races. Here we see Alyse, GameStart’s mascot, about to shoot the start of a race.

…Others were duking it out at SEAM 2016, the PlayStation sponsored fighting game league. Players faced off each other in Street Fighter V, BlazBlue: Central Fiction, Guilty Gear Xrd: Revelator and more, with winners getting their entrance to the Capcom Pro Tour!

You can check SEAM 2016’s the results here. Tournaments were recorded by Capcom Fighters, and you can revive the glory on HD:

Not all the stakes were played in front of a screen though. The Cosplay Runaway Contest was pretty tight, and amidst the storm of Overwatch cosplays (and a lone Spark from Pokémon Go)…

…It was a Junkrat Scarecrow, of all things, who won! Look at his right leg, that’s some out-of-the-box thinking, and a very well deserved victory.

Other highlights include the Xbox, Bandai Namco and TOG booths displaying popular and upcoming games for Xbox One and PlayStation 4.

Along the fighting games, internationally acclaimed titles like Gears of Wars 4, Final Fantasy XV, Forza Horizon 3, accompanied local talents like Touken Ranbu (by DMM Games) and Valiant Force (by XII Braves) to give players all kinds of gaming experiences.

Indie contests, Doujin Markets, musical performances and even Game Dev Panels were just some of GameStart offering for those seeking a bit more out of gaming.

All in all, Gamestart 2016 set a precedent for future gaming conventions. Congrats to all competition participants, and thanks to GameStart Asia, Eliphant Ltd., and ultimately to it’s founder, Elicia Lee, for bringing players together.